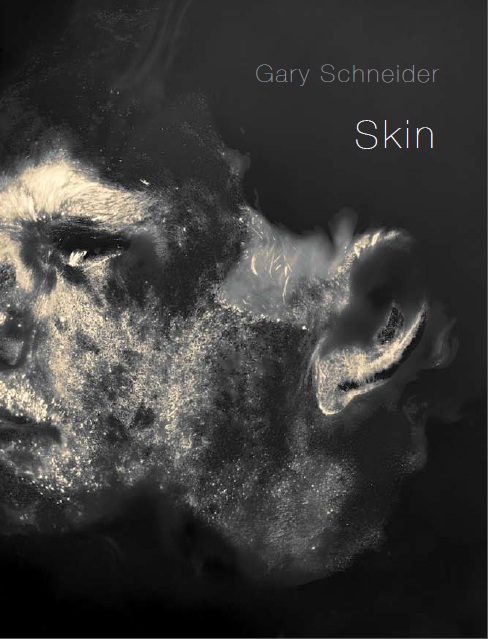 Opening 28 July 2011 from 2pm until late, with the opening reception at 6pm

Walkabout with the artist Saturday 30 July at 11am

A catalogue of the exhibition, written by Kate McCrickard, will be available.

Comprised of 17 photographic works, this exhibition provides a concise survey of Scheider’s oeuvre over the last 36 years. Skin includes early works such as Fragment Portraits 1975, made as a student at Michaelis School of Fine Art, alongside Schneider’s most recent HandPrint portraits of South African puppet masters, Basil Jones and Adrian Kohler, from 2011. Schneider’s subject has always been the human body and the portrait; portraits of others that are tethered emotionally and aesthetically to the artist’s own self-portrait.

The Fragment Portraits, from 1975, including Nina and Assisted Self Portrait, introduce the artist’s career-long interest in the performative elements and spaces within photography, specifically between the subject and artist. In these early portraits, Schneider photographed the subjects, then handed them his 35mm camera to turn back on himself in order to capture the areas he could not reach alone. He lights the body starkly, measuredly examining the shadow cast by the weight of a breast, the dark cave of the pubis and slight shifts of plane and texture of skin.

Borrowing the idea of the durational studio portrait from the Victorian photographer, Julia Margaret Cameron, Schneider made his own forms of durational portraits, which by way of technique, continued to explore performance as the subject shifted and fidgeted under the duress of a long held pose. For the first studies of John, made in 1989, the artist lay his subject on the floor with a large-format camera suspended above. Schneider settled the subject in a comforting darkness and then ‘drew’ the face (or body, as seen with Vincent and Jeanne) into being with a pencil torch. The durational sitting introduces the possibility of montaging movement within the lens, a time-based approach that better grasps the roundedness of the subject than by snapping one fixed frame. Any twitching causes soft areas of focus and distortion. Oily patches of skin gleam, open pores gape and features don’t quite line up: these are not honeyed images.

Beginning in 1997, in response to the Human Genome Project, Schneider went beyond the surface of skin to create the ambitious series, Genetic Self-Portrait. In an act of personal revealing, he mounted magnified images of his sperm, blood cells, DNA and intestinal flora onto gallery walls. For the images of external body parts ­– the ear, the lips, the face (see Mask Self-Portrait and Lips Self-Portrait) and the hand, Schneider chose the photogram technique to produce images that do not use the intermediary of the camera. Sweat, the oils in the skin and the body’s natural heat all cleave to the photographic film to determine the nuances of the imprint.

Gary Schneider was born in Cape Town, South Africa and has lived in New York since 1977. He graduated from Michaelis School of Fine Art, and received a Masters of Fine Art from the Pratt Institute in New York. Schneider has been exhibiting internationally since 1991. His work was the subject of a major survey exhibition that opened at Harvard University’s Fogg Museum in February 2004, and incorporated his previously acclaimed installation, Genetic Self-Portrait, 1998. Solo exhibitions include: Artist Space, NY; The Musee de L’Elysee Lausanne, Switzerland; The International Center of Photography, NY; Contemporary Museum, Honolulu, Hawaii; the Sackler Museum, Boston; The Museum of Photographic Art, San Diego; and The Reykjavik Art Museum, Iceland.