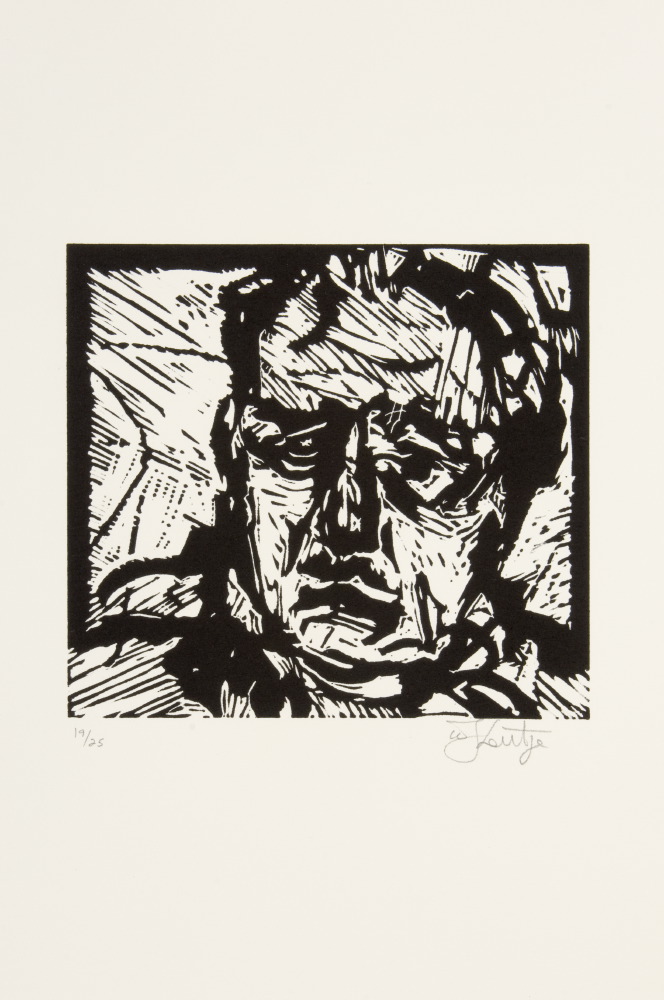 Portrait is one of a small series of six linocuts – the others being Splash, Solo for Bicycle, Rumours, Hadeda and Floral Dress – created at the David Krut Workshop in 2010. Despite the scarcity of linocuts in Kentridge’s oeuvre up until this point, one of the first prints he made in 1976 after finishing high school was a linocut: an image of his grandfather in a deck chair wearing a three-piece suit while on holiday in Muizenberg, just outside Cape Town. Although the extent of the facilities available to Kentridge at the time was limited to “lino, cartridge paper and the back of a spoon”, he has cited the image as one of the sources for the character, Soho Eckstein, who first appeared in Kentridge’s 1989 film, Johannesburg: 2nd Greatest City After Paris and is the main protagonist in the Drawings for Projection cycle of nine films made between 1989 and 2003.

Typically, Kentridge’s animations deal with political and social themes from a personal and, at times, autobiographical point of view. Kentridge often works with the concept of reflection and self-reflection in his work, and this particular self-portrait image appeared in his Other Faces film. Another self-portrait, titled Scribe, was also created around the same time at DKW, and formed part of Kentridge’s project presented at the Louvre in 2010, called Carnets d’Egypte (Egyptian Sketchbooks).