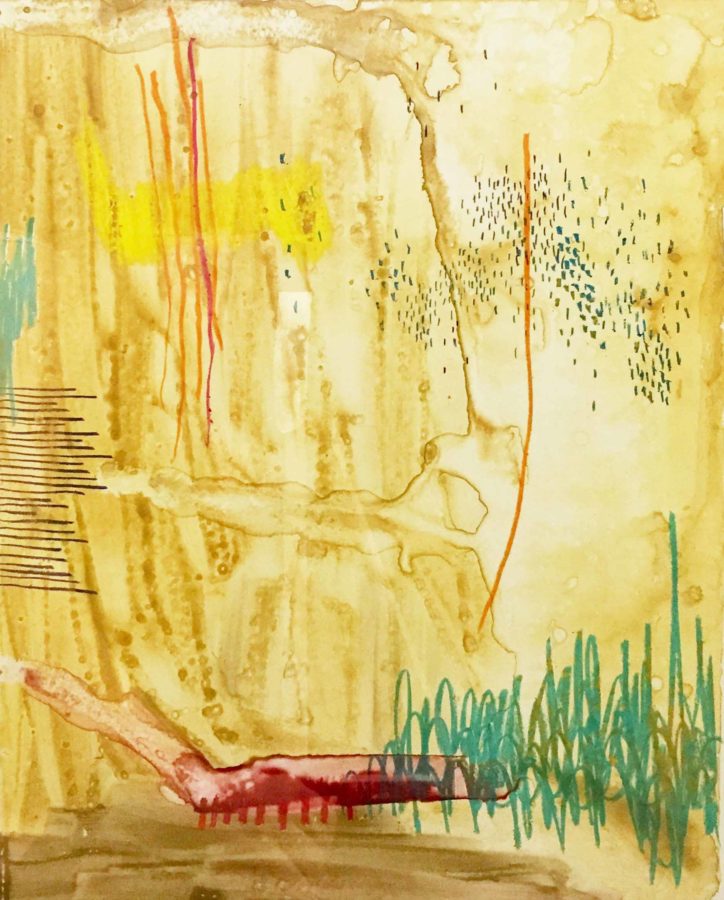 Rejoice is 1 of 4 prints, in a series of predominantly water colour monotype prints combined with momentary water based Woody crayon marks.

Mongezi Ncaphayi first collaborated with David Krut Workshop (DKW) in 2013, he was the recipient of the Gerard Sekoto Award and Absa L’Atelier Awards in the same year. He has also recently been awarded the Africa First Art Prize at the Investec Cape Town Art Fair, 2017. The award included a two-month all-inclusive residency in Israel with the work produced to be show at the Cape Town Fair in 2020.

His work explores politics, power, gender and social atrocities underpinned by a collective history of displacement from the homelands into urban spaces. Ncaphayi also tackles themes of migration in terms of a spiritual sense of mapping one’s path. He collects maps to spark a creative desire to make art on literal and metaphysical notions of movement.

When making prints, Ncaphayi holds these maps in his mind and etches from intuition. He says that he sometimes looks at his work much later on and, only then, can he map meaning. He likens this process to a spiritual receiving of guidance from the galaxies.

As an equally accomplished jazz musician, Ncaphayi’s art is inspired by musical scores, indicated by the titles he attributes to some of his works.

See available work by Ncaphayi below: