We had such a lovely visit to our Montebello gallery from the up-and-coming artist Olivié Keck.

Keck introduced us to her bright and beautiful watercolour monotypes, which we will be showing later this year at our Cape Town gallery. The works were produced while at the International Art Residency (AIR) at the Kala Institute in Berkeley, California earlier this year.

We received some remarkable insight into her views on social media and the discourse around selfies, which is the subject matter Keck has drawn on from social media platforms. Keck has managed to translate these very digital concepts, into a more traditional medium, namely printmaking. Her use of colour and pattern is also a running theme in all avenues of her work and has become a signature style.

Keck graduated in Printmaking at the Michaelis School of Fine Art in 2011, but is certainly not only a printmaker. Other media she works with include ceramics, sewing and tapestries, digital illustrations and even khoki drawings. She has since been exhibited in numerous group shows, such as SMAC Gallery’s current exhibition Nothing Personal and had her first solo show False Priest at Commune1 in 2014.

We are really excited to be hosting Olivié Keck and her monotypes for a solo show at our Cape Town gallery, taking place from 29 October through to 3 December.

For more information on her work, you can visit her website here. 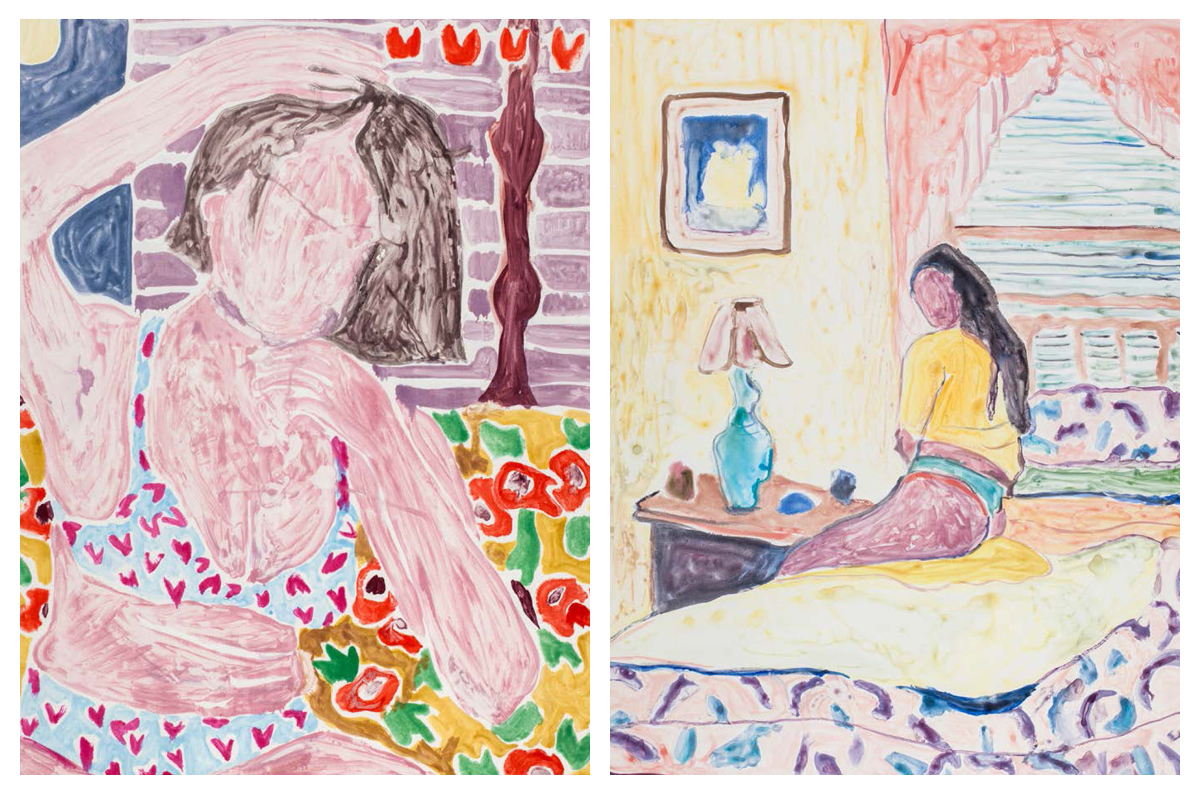