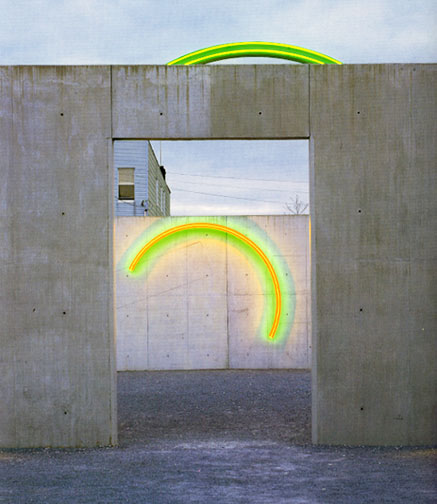 David Krut Projects announces the opening of Stephen Antonakos: Here and Beyond on Wednesday September 17, 2008 from 6 to 8pm. Known since the 1960s for his transformative use of neon in sculpture, Antonakos through the decades has similarly advanced the formal possibilities of abstract geometry with his drawings.

The artist’s two newest neon Panels, “Oath” and “Arrival,” form the center of this exhibition. Both works extend Antonakos’s engagement with Panels constructed of related planar segments with, for the first time in New York, sections set on the diagonal — an innovation which gives more presence to their internal areas of reflected neon color. Antonakos has said, “I considered using this kind of diagonal in the early 1990s, but first I wanted to make a certain number of the sectioned Panels with straight horizontal and vertical elements for myself . . . . By 2007, I was ready for the diagonal element, and I placed the first one, “Entry”, in the Athens retrospective.”

Also on view for the first time in the United States is an installation of Antonakos’s newest colored pencil on vellum drawings from the Winter Series, whose various treatments — cutting, folding, crumpling — take them into the realm of sculpture.

An “Incomplete Blue Neon Square” from the mid-1970s and models and drawings for large-scale neon sculptures from the late 1960s are vivid reminders of Antonakos’s long involvement with the interactions of geometry, color, scale, light, and space.

“antonakos: 151 images and an essay” — a new, hand-sized David Krut Publication printed in cooperation with Jim Kempner Fine Art will be available at both galleries. It contains reproductions of the neons and drawings in both exhibitions, a selection of related images from five decades of work, and a new essay by Nathan Kernan. 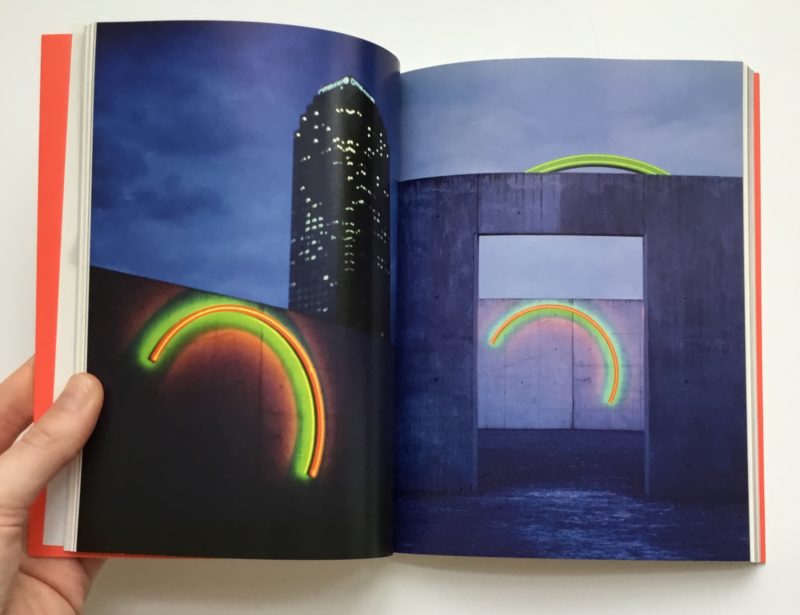