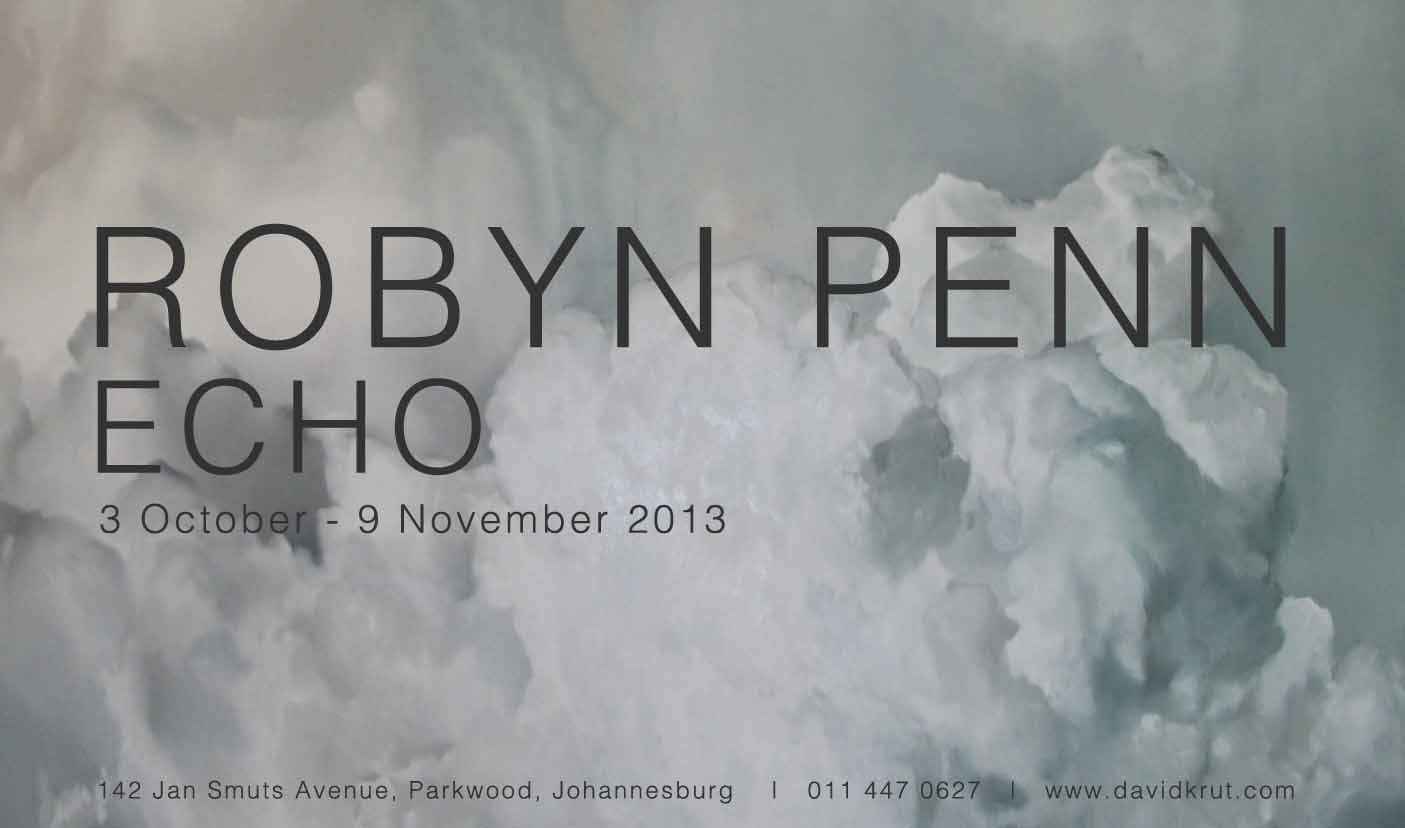 Robyn Penn’s latest body of work, Echo, showing at David Krut Projects from 3 October – 9 November 2013 is comprised of a number of works in various media – drawings, oil paintings, lithographs and an artist book – depicting images of clouds, images of the sea, and a series of images on book pages of knitting in various stages of unravelling.

Something interesting happens to our experience of time when we look at the sky or at the ocean. At a glance they are static and unchanging but after an interval they are transformed entirely. It is this interval that is one of the main foci of Penn’s work that she explores through repainting the same cloud in similar as well as different scales and techniques. But it is also a period that is elusive and resists pinning down. Through re-painting and repetition, the interval in Penn’s work starts to describe the kind of minute and slow changes in nature that hold us in rapt astonishment when speeded up in a time lapse sequence. Such a focus on these tiny increments of transformation can be seen as a rejection of the narrative of the transformation (this changes into that) in favour of the process of alteration itself. In our own every day experience of time, cloud and sea change slowly but instead of speeding up time to make the changes clearer as in a time lapse movie, Penn calls a halt and situates herself in the space between transformations. In this liminal space the addition of only slightly differing images has the opposite effect and works to expand and slow down time.

Another focus is the act of ‘tinkering’. One of her early memories of her father is of him under the bonnet of his old Fiat making clicking and clanging noises that, in her memory, represent an activity that is as much enjoyed for the process as for the reward of achieving a specific purpose. In the years following Penn began to knit for the sake of the activity of knitting, without plan or purpose she would knit and unravel, knit and undo. Gradually, her father’s tinkering and her knitting became reconciled and the clicking of her plastic needles became an echo across time of the clanging of her father’s wrenches and greasy spanners.

To paint an echo, to freeze the seas and to slow the clouds, Penn’s work can equally be seen as an attempt to hold back chaos and entropy as the careful study and immersion in the natural processes of transformation and dissolution.

Below is an archive of the exhibition, for available work please click here.