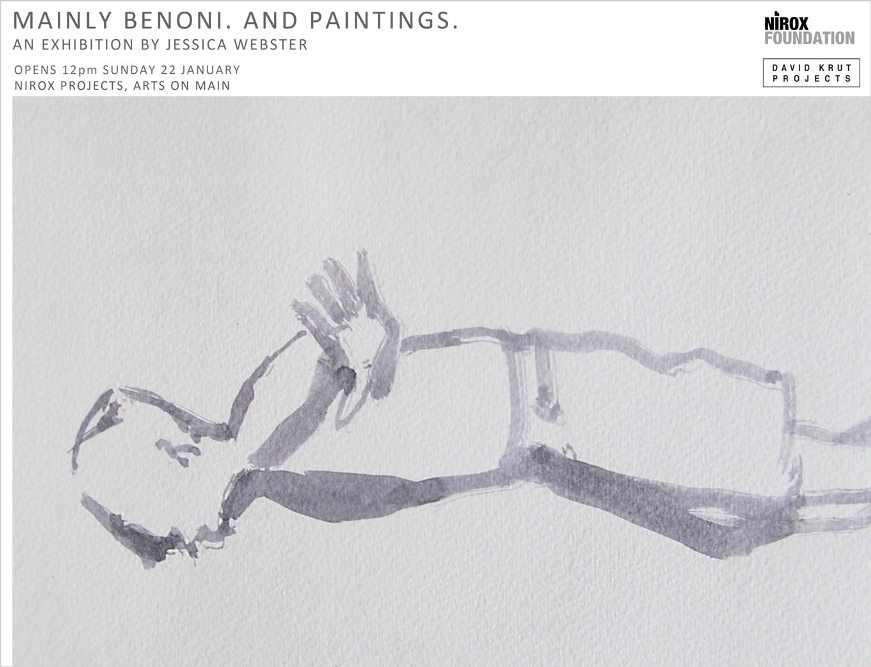 Following her 2011 residency at the Nirox Foundation, Webster presents her latest body of work, which continues to investigate the ways in which a painting can be said to exists in two states simultaneously. In one instance, a painting exists as a physical entity: pigments on canvas that create a textured and layered physical surface. In a other instance: painting is a presentation of subject matter, a metaphorical translation of objects, emotions and themes into a tableau. These two elements of painting can be loosely referred to as “form” and “meaning”, often understood as separate concerns, despite their reliance on each other within the medium.

Webster’s modus operandi involves collapsing these two elements of painting into one consideration. There have been movements in Western art history, from which Webster draws, that have attempted the same thing in various ways. For instance, the minimalism of the 1960s and 1970s sought to strip away any and every non-essential element in a representation in order to expose the essence of a subject. In this way, form stood for meaning. Similarly in abstraction, although the artists chose a different route, subject matter was released from the bonds of figuration so that meaning could be found intuitively by an immersion in form. By the mid-1980s, painters had returned to figuration as a reaction against the highly intellectualised modes of conceptual art. Their rough representation of recognisable subject matter in jarringly banal colours allowed for expression of the kind of violent emotion that had been shunned by their predecessors.

In her own practice, Webster subsumes these influences in a style that values immediate spontaneous actions and exacting learned procedures equally. She neither places emphasis on form nor meaning, abstraction nor figuration. Webster’s actions and discoveries, made manifest in her paintings, create a subsequent emphasis on painting as an interpretive process between artist and viewer involving both surface and allegory.

Please join us for the opening of Mainly Benoni. And Paintings. On Sunday 22 January 12 Noon at Nirox Projects Arts on Main.