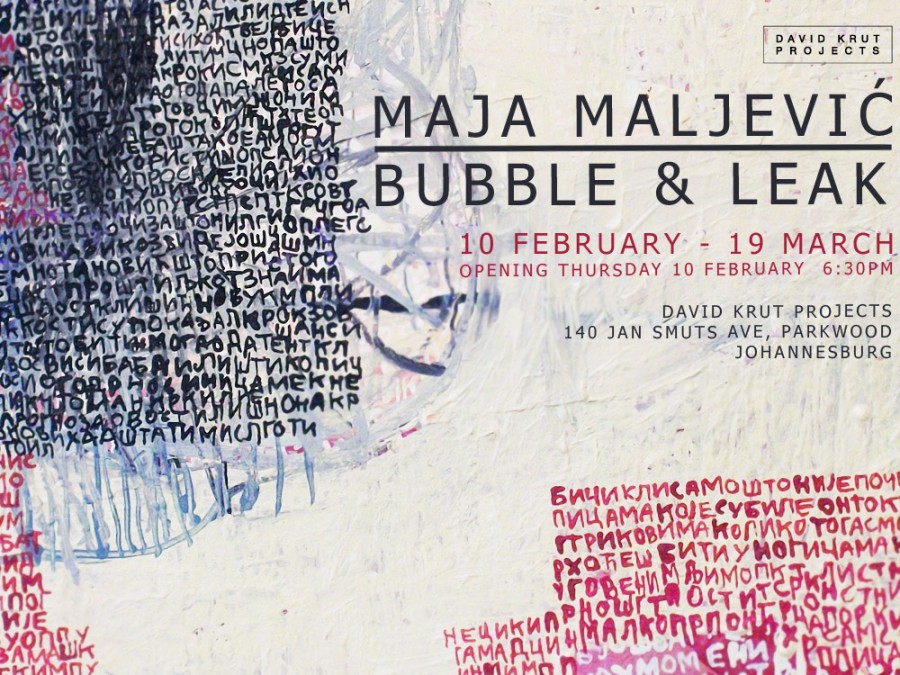 Maja Maljević will be on show at David Krut Projects from February 2011. Her solo exhibition, Bubble and Leak, will consist of a series of large oil paintings and selected prints. Maljević first participated in a workshop at DKW in 2007 and since then has created several bodies of work with the DKW printers. In 2009 she had a solo exhibition at David Krut Projects in Johannesburg, called Into the Spine, and she has worked at the Arts on Main workshop for the duration of the 2010 Monotype Project.

Maljević works intuitively using colours and forms, sometimes words and figurative images as she paints. Her paintings usually begin with a very bright, flat colour, thickly layered, as a base to “break” the stark whiteness of the canvas. She says “I tried to concentrate on the process of building and layering imagery, which is a central concern of mine when painting.” Unlike most printers, she enjoys the mistakes, mess and unintentional marks. She believes that if you don’t create the layers, you don’t get the end result. The marks, whether intentional or accidental, are integral to this process.

Her work is undoubtedly a mark of her personality and can’t be mistaken for anything else. As a child of the nineties she was influenced by grunge, whose followers searched for despair in an era that pretended to shine with optimism. Her bright colours mix and resonate like distorted chords; and the melancholia is reflected in her characters. She swings from pure abstraction to more figurative, from large scale work to tiny paintings.

Below is an archive of the exhibition. For available work please click here.