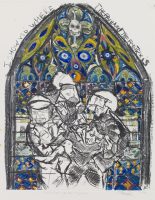 Definition of the system (I show you where...) 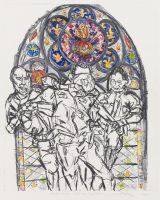 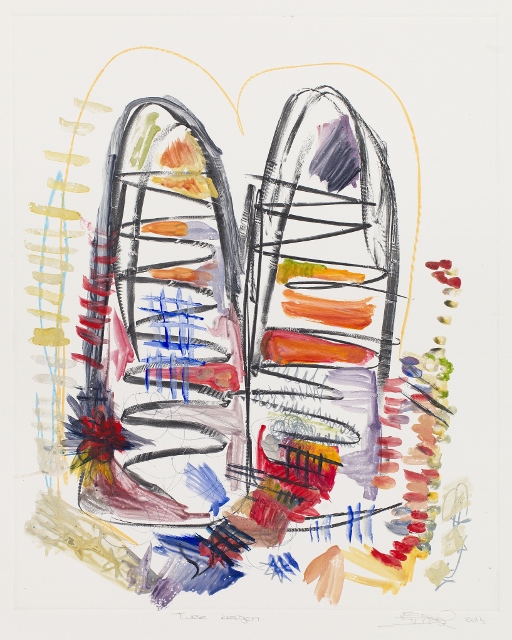 In 2016, Raquel van Haver travelled to South Africa. She was invited to make prints at David Krut Workshop (DKW) for a long week. These works became the starting point for a new body of work: the definition of a system, where she depicts topics about migration, oppression of the system, military forces, refugees and politics on a globalized level.

Van Haver has been part of both the Treasure Trove and the Almost Sold Out & Rarities group exhibitions.

Raquel van Haver was born in 1989 in Bogota, Colombia. She now lives and works in Amsterdam, The Netherlands.

In 2012 she graduated from the HKU Fine Arts, Utrecht. In 2012, 2013 and 2016 she was nominated for the prestigious Dutch Royal Award for Painting and was on the long list for the Prix de Rome. 2017 was the year she participated at the Culture Summit in Abu Dhabi.

She was granted the Mondriaan funds for Jong talent in 2016).

Since 2014, she is a member of the artist collective the State of L3 and draw me nearer.

The State of L3 and draw me nearer are an international network of artists blending different artistic media and disciplines.

Van Haver works on burlap, often combining oil paint, charcoal, plaster, paper, human hair, coal, chalk and ash in heavily textured compositions. Her paintings, drawings and installations offer snapshots of daily life in and out a metropolitan and urban society, giving a voice to those who live between the borders of society. Talking about the youth, street life, femininity, masculinity, politics, and status she interweaves these subjects together in her works. She is interested in race, identity and identification drawing from African, Western, Caribbean and Latin American cultures within her direct neighbourhood. Negotiations between ‘self’ and ‘other’ within migration and globalization appear as recurring themes.