The American Master Printer Phil Sanders, returned for his second visit this year in September (2017), to continue working in the workshop with Jillian Ross and her team, in collaboration with Deborah Bell, on her new series of intaglio prints. 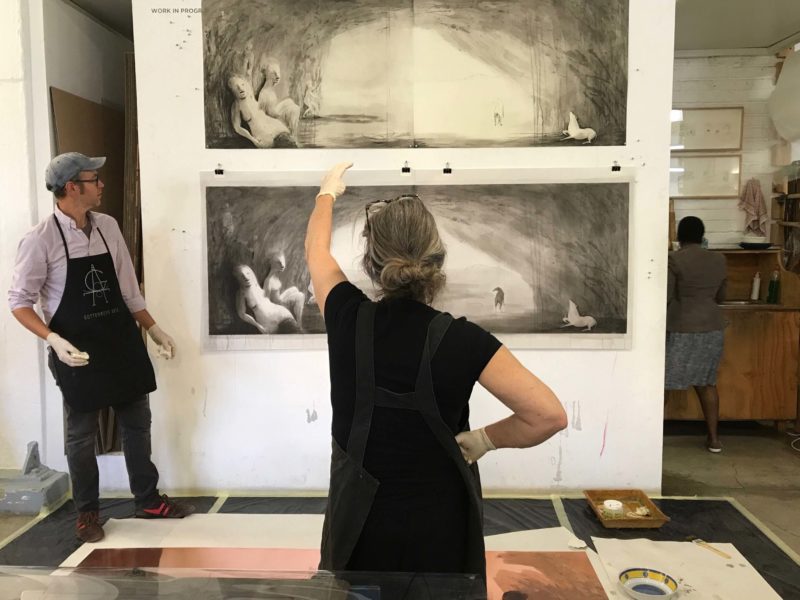 Bell continued to work on the large scale diptych etching adding a second plate to each half. The plates are worked in spitbite aquatint as well as drypoint. Bell works with a range of roulettes. 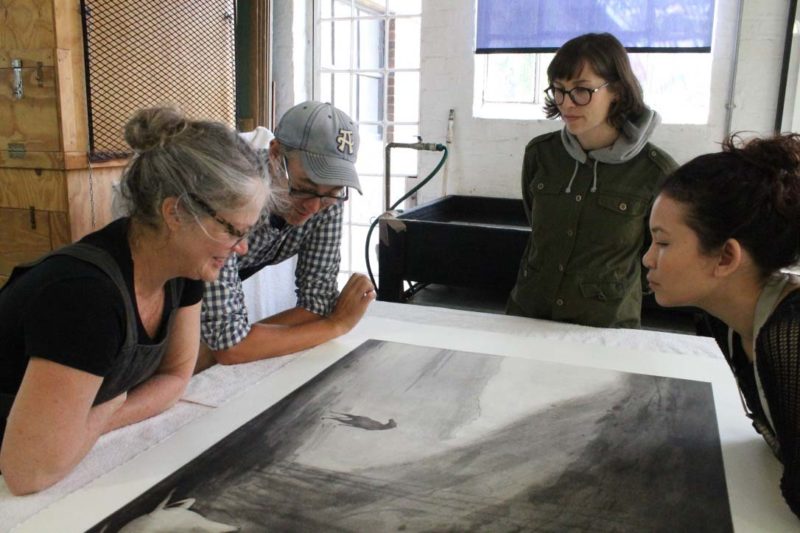 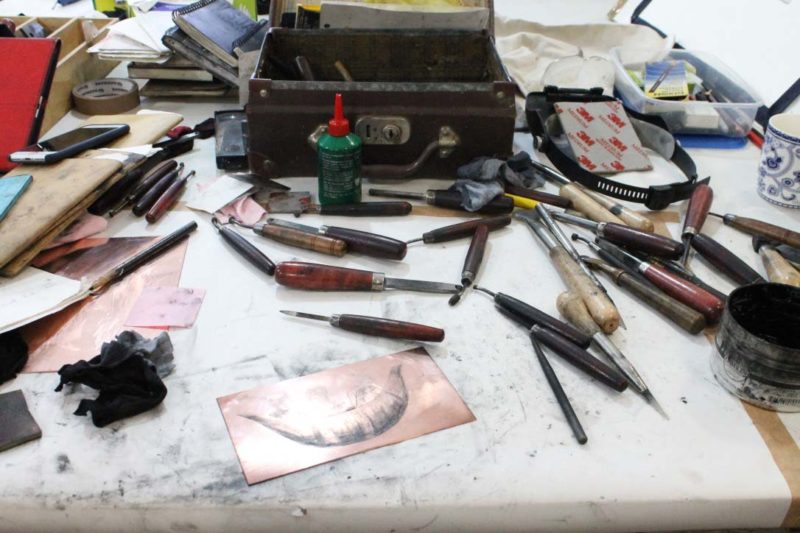 This series is part of an ongoing collaboration between David Krut Projects and Deborah Bell. Series launching soon.

View blogs on works made in Sander’s first visit in March (2017):