Currently on at DKP: Robyn Penn 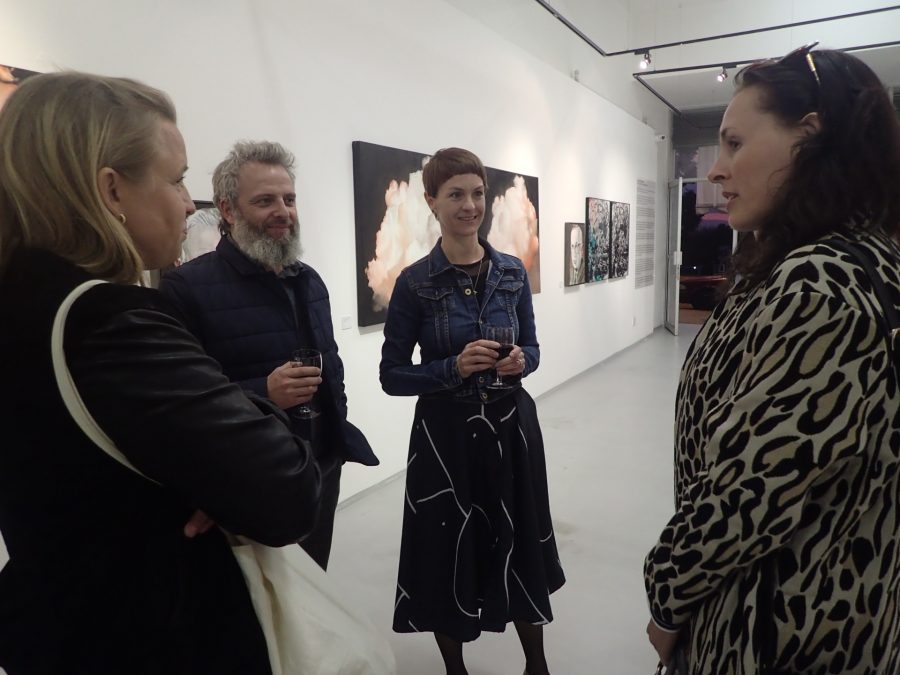 This ambitious, multimedia exhibition tackles the uncomfortable truths around climate change in the form of paintings, prints and sculpture. For Penn, “climate change is the elephant in the room, which we can’t afford to ignore because it is integral to the human narrative on this earth.”

Powerful depictions of clouds and cosmos emerge from Penn’s Romantic philosophy towards the natural world: “I wish to celebrate the feeling of the human being as a small part of a broader living system – a fact that I don’t find threatening. On the contrary, it is a magnificent thing. The opposing notion that we can be masters of the earth will result in a major blow for humanity. We will be undone.”

In Penn’s arresting portraits, unsettling distortions appear on the faces of businessmen and scientists who have spun manipulative counter-narratives to “cloud the facts” on global warming. By attributing flashing red ears and unsightly skin conditions to each figure, Penn exposes these men for their warped service to humanity, ensuring that they are vividly “undone”.

In keeping with this visceral approach, Penn’s clouds take on a fleshy presence suggestive of bruised bodily forms, also “reminiscent of bad lungs” (Penn). As evocative externalisations of corrupted human insides, these works are simultaneously alluring and unnerving.

For Cloud of Unknowing, Penn conceptualises the earth as a human body. She explains that “at just a few degrees higher, the body is not well. Similarly, with the earth building to a higher temperature than usual due to industrial emissions, it is sick”.

Drawing on the power of art, Penn highlights a global failure to properly address the harmful effects of our unhealthy capitalist-driven habits, propped up by free trade policies. Her portraits appear dwarfed in the face of brooding nature images to flip the arrogant perception that humans can seek to control nature without reaping the consequences.

Interspersed among paintings and a sculpture on this theme are prints made in collaboration with David Krut Workshop, which also depict clouds. In these mezzotints and etchings, Penn uses the painterly, energetic mark-making that forms her paintings of clouds in their early stages. While her paintings appear with a glazed realism, the prints retain the immediate rawness of the original paintings, providing the viewer with an interesting insight into Penn’s creative process when constructing an image. 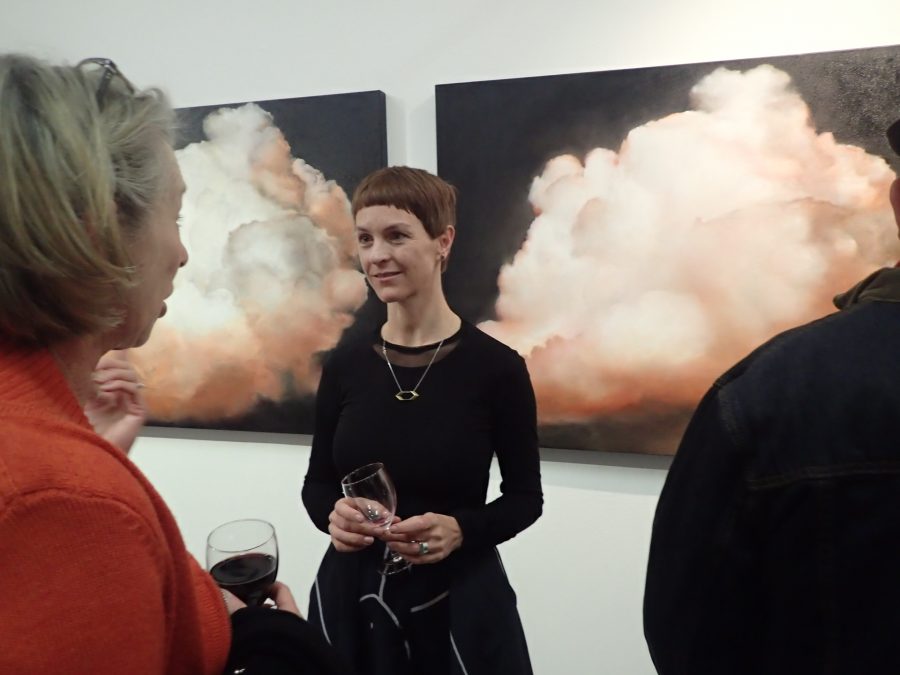 Viewed together, this bold body of work prompts our gaze to turn inward to interrogate a widespread blindness towards one of the most pressing issues of our time while re-considering our place on the planet as humble components, not masters, of the earth.

* The non-fiction book Merchants of Doubt (2010), which was made into a film by the same name in 2014, exposes a “small yet potent subset” of influential scientists who “obscured the truth on issues from tobacco smoke to global warming” to advance a political and economic agenda and “[mis]lead the world in vehement denial of these dangers” (Merchants of Doubt, 2010).

During the exhibition, Penn is running children’s art classes, which have been a raving success: