On Saturday the 6th of December, David Krut Projects Cape Town was proud to host Gary Hirson in conversation with Sabine Lehmann discussing the launch of his photo essay book “ Down The Line”. The audience was treated to a fascinating account of Hirson’s experience of the richly diverse lives he documented on the train line from Cape Town to Simonstown that was initiated by a riveting dialog full of poignant questions from Lehmann and audience members around the process of shooting this photo essay and the intricacies of compiling his book.

The individual stories he recounted were moving and thought provoking, additionally supported by the portraits taken by Hirson. He discussed the demographics that use the train route, which he travelled numerous times, and the wealth of stories to be found on board this mode of transport. He described how this mechanism imitates a “snake” that chugs its way along the coastline briefly connecting businessmen, hipsters, tourists, school children, beggars and commuters. The history of the train itself is also something that Hirson and Lehmann discussed, going into a brief history of the how the train line came into existence in 1861 and how little has changed in the way of refurbishing the running of these systems since its inception; a social issue that the book subtly engages in.

Gary Hirson is an established Cape Town photographer and author. He is also the founder of “Calm in Storm Productions”, a platform that dedicates itself to running projects that aim to enrich the lives of children, teenagers, adults, entrepreneurs and parents, through their interactive self-help books, inspiring talks, and our motivational workshops.

Sabine Lehmann is currently the CEO at The Table Mountain Cableway and pioneers the building of working infrastructures in our local tourism industry. Her peers have recently nominated her as the best businesswoman in her field. Lehmann has now received CEO magazine’s 2010 Most Influential Women in Business and Government Award for the tourism and leisure category. 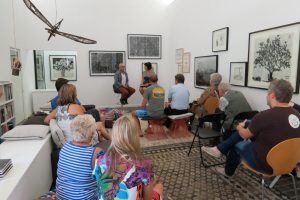 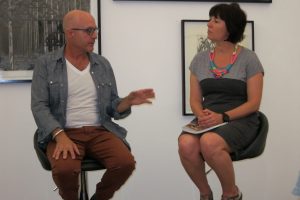 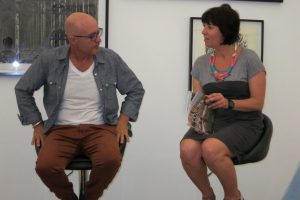 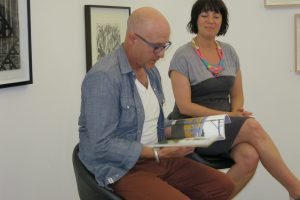