Visual artists and twin brothers Ryan and Trevor Oakes will visit the Getty Center December 6–December 24, where they will employ their novel drawing approach in capturing the Getty. Jointly, they will execute a drawing of the Getty’s Central Garden over the course of three weeks, and offer visitors an up-close view of the unique spectacle of their unusual artistic technique.

The Oakes accomplish a difficult task—drawing a picture of a scene as the human eye views it—with a set of self-designed tools. Using a spherical metal easel and paper, as well as a plaster head cap to steady their vantage point, the brothers draw images that are incredibly accurate in proportion and perspective. 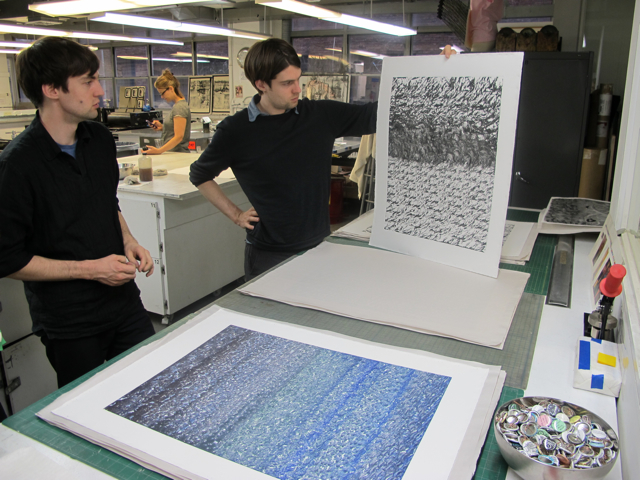 Ryan and Trevor recently completed a series of monotypes in collaboration with master printer Phil Sanders at Robert Blackburn Printmaking Workshop in October, 2011 (above). Published by David Krut Publishing, New York, these prints are now available through David Krut Projects in New York.  The Oakes Twins are identical twins and collaborating artists, living and working in New York City. For this series of works they continue their lifelong investigation into vision with works that explore ways of representing perception on a two dimensional surface. 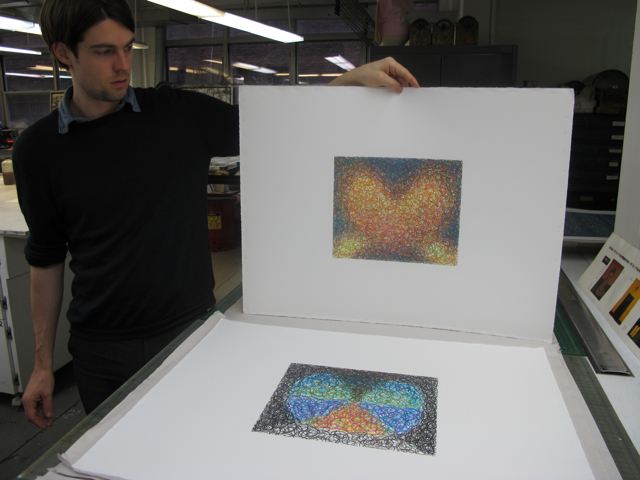