The Bloody Bucket is a rough and tumble bar outside Potosi, Missouri. Established three years after World War II, it became a popular gathering place for veterans and witnessed numerous violent acts perpetrated by the patrons. Riddled with a history of depraved incidents, The Bloody Bucket provides seductive subject matter for Huck, a dedicated woodcut artist, who hacks out the stories, (actual events that took place between 1948-1951) of murdered sailors and pregnant brides table dancing, on these ten huge woodblocks. Huck recently completed the tenth and final woodcut in The Bloody Bucket series, “Suds: The Last days of Lactation”. His most ambitious project to date, both in scale and technique, these ambitious woodcuts demonstrate a virtuoso cutting technique with intricacy, a range of surface, texture, tone and a masterful control of the blocks.

Staking a claim in the genealogy of woodcut, Huck links himself to Durer, Schongauer, Hogarth, Daumier and Beckmann. His prints are woodcuts in the grand grotesque tradition with claustrophobic, dizzying compositions _ in-your face and maniacal. Positioning himself as the small-town American answer to the classic European tradition, he draws his other heroes into the mix: Frank Zappa, Robert Crumb, a touch of Heavy Metal, and creates his monumental woodcuts and a personal brand he calls, rural satire.

Tom Huck (born 1971) is a visual artist best known for his large scale satirical woodcuts. He lives and works in St. Louis, Missouri where he runs his own press, Evil Prints.

He is a regular contributor to BLAB! of Fantagraphics and was the illustrator of The Roots’ Phrenology album art in 2003. His work draws heavily upon the influence of Albrecht Dürer, Jose Guadalupe Posada, R. Crumb, and Honoré Daumier.

In September, 2011 Huck was awarded a Pollock-Krasner grant. 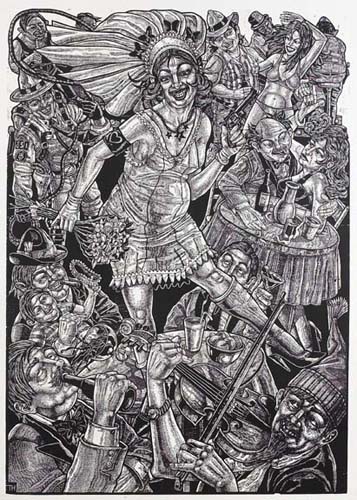 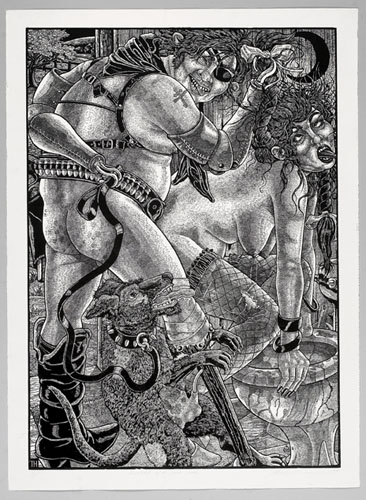 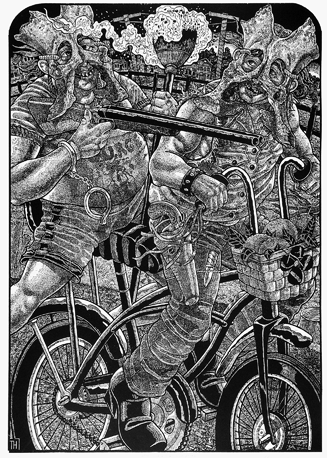 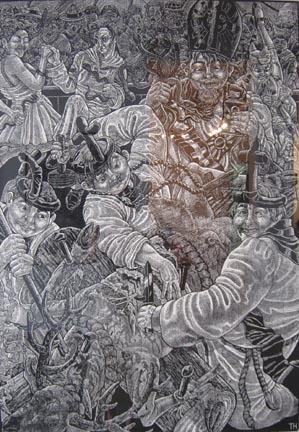 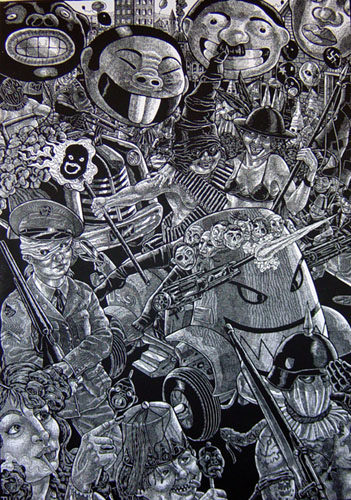 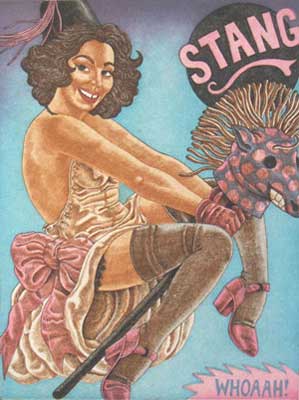 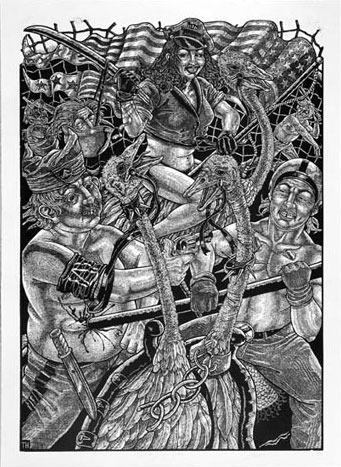 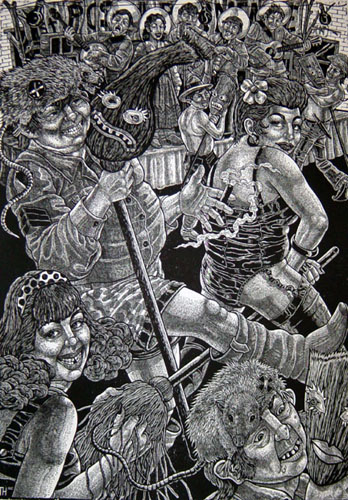