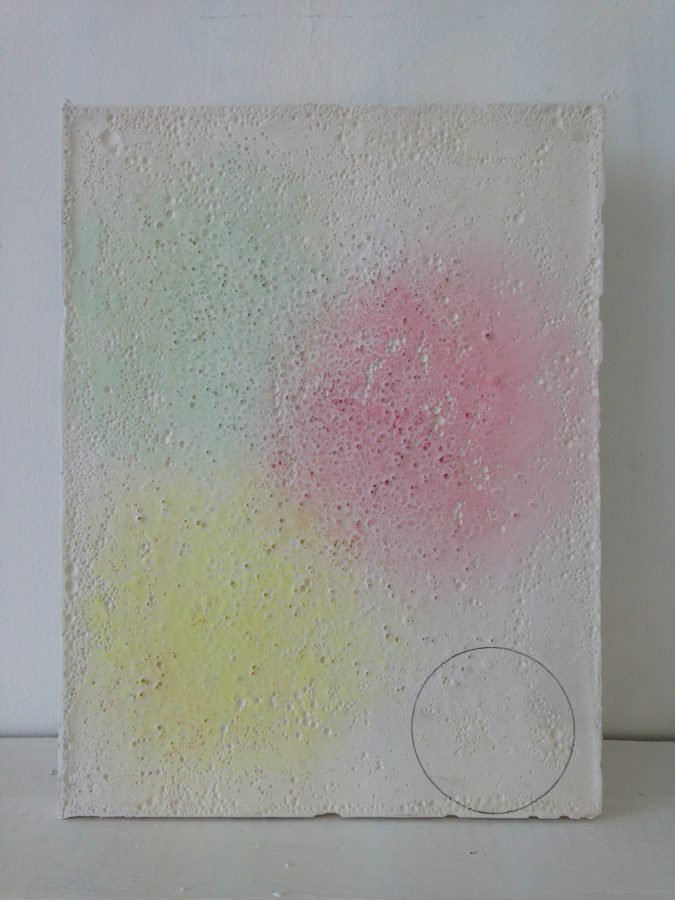 My heart! Red! Bloody! Thumpy!
My legs!… Full of blood. Red inside. Full to the edge!

And my toes too! Bit of bone.
Some blood.
Green eyes…

And what’s this?…
Last night I dreamt about you?! It wasn’t even a good dream?

(It was a bad dream.)
Today I’m thinking about you…

Stein is an artist who seeks a release from categorization. The work, whether object, image, word or sound, is all one. It is all born from a desire to move beyond the inherited modes of discourse that bind and shackle us. Stein seeks to build upon a foundation of opposition and contradiction: he views the fertile, liminal territory that can be conjured between opposing agencies, beyond expected and accepted mechanisms of language, as a space where vital and dynamic work can be initiated. For My Heart. Red. Bloody. Thumpy. Stein will present a new series of plaster and canvas works, each of which teases the divide between image and object / illusion and reality.

This exhibition is the final in a series of collaborative shows of British artists presented by David Krut Projects, NY, and Jessica Carlisle, a freelance curator and gallerist based in London, UK.