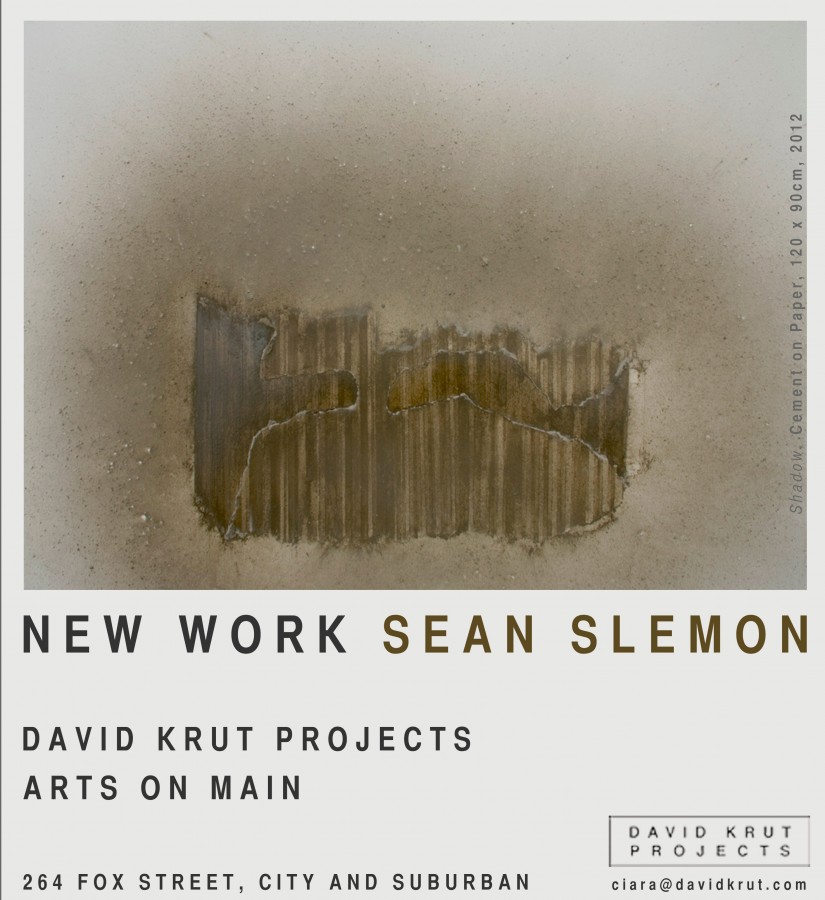 NIROXprojects in conjunction with David Krut Print Workshop (DKW) is proud to present a recent and developing body of work by Sean Slemon.

The shadow is an indelible image for us all. It’s also something that we cannot possess, cannot hold and cannot own. Commodity is the driver of our daily existence and resources are constantly being co-opted from the realm of the “un-ownable” to that of “bought and sold” in a process of trade that has underpinned our existence for hundreds of years. However, there still remains an idea that there are some things belonging to all people: land, light, water and nature. These have transformed through our complex and insatiable economic systems from resources available to all to resources with commercial value, owned resources, and this is the focus of his recent work.

Sean Slemon’s work, while mostly drawn from nature, is concerned with the ephemeral becoming physical – making the intangible tactile. But to what end?

Shadows are turned into solid three dimensional works – their scale derived directly from the original object, such as the tree. Slemon transforms shadows into solid entities by casting from life and tracing from the sun, joining these two processes together to make a single solid shape, defining the parameters of a shadow. In doing this, Slemon makes something intangible and ephemeral completely fill the space it sometimes moves through. This stands for Slemon as a process of commoditization: converting something from a resource – light – to something that now occupies space and represents time and the intangible in solid form. It is through simple and subtle gestures like this that his concerns are brought to the fore through sculpture, drawing, installation and printmaking. The body of work presented here, still in progress, works towards a reminder that when things that belong to everyone are appropriated for personal gain, something that someone else needs to survive may be taken away from him.

All work on the exhibition was produced while in residency at the NIROX Foundation. Jillian Ross and her staff at DKW printed the etchings concurrently.

This new body of work leaves off from Slemon’s recent solo show: The Sun Stands Still at MagnanMetz Gallery in New York in December of 2011. He is currently working towards his first solo exhibition with Brundyn + Gonsalves in Cape Town in October of 2013, towards which this new work will contribute.

Sean Slemon is also participating in Joburg: Don’t / Panic, curated by Gabi Ngcobo, which will open on July 6th 2012 at the Centre for Historical Re Enactment. This is a re-iteration of the exhibition Don’t / Panic that featured Slemon’s work at the Durban Art Gallery during COP 17 in 2011, and will take place at 32 August House, 76 End Street, Johannesburg.