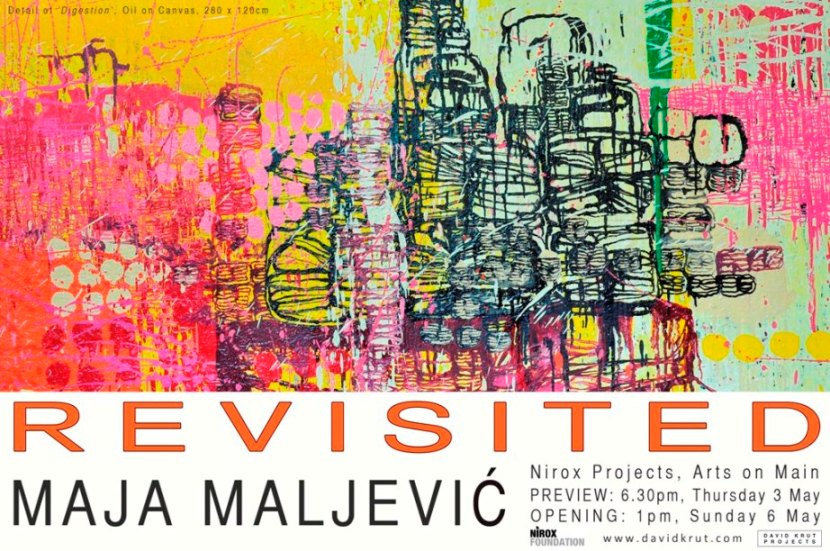 In 1863, Édouard Manet painted Olympia and, in so doing, instigated the reinvention of painting. Suddenly, painting was liberated from what in the twentieth century has been referred to as the “tyranny of appearance” and the “picture-object” was born – ‘the picture as pure materiality, as simple coloured surface’[1]. Every generation of painters following in the wake of Manet were affected by his explosion of the beliefs and traditions of the canon, from Impressionism to Minimalism and beyond. In other words, the development of modern painting entailed the systematic rejection of the importance of imitating the appearance of things in favour of new methods that reveal the hidden relations between things.

To have an idea of how painting has developed from Manet through the twentieth century is meaningful when considering painting now, and especially abstract painting, because with the birth of the picture-object a new kind of viewer has emerged, whose responsibility it is to create meaning, as opposed to meaning being dictated by the artist. To view a painting in relation to others and in relation to movements that may have influenced its creation can often provide the viewer with a legend by which to begin reading it. When considering the work of Maja Maljević, the grand overarching narrative becomes even more significant because her own relationship with painting has followed a very similar plot.

Maja Maljević was born in Belgrade, the capital of what today is Serbia, in 1973. She began to consider herself an artist from as early as high school, when she decided to study within the design department in preparation for tertiary studies in the arts. Acceptance into the University of Arts Belgrade depended on producing a portfolio of sufficient quality to meet the stringent demands of the faculty. Once accepted, a gruelling seven years of training followed, of which the first few years consisted purely of academic and classical arts education – drawing and painting from life, the nude, portraiture, still life and the attendant classical theory. Once this solid traditional foundation had been laid, the fledgling artists were set free to discover for themselves what kind of practitioners they wanted to be. For Maljević, like so many artists post-1863, this meant unlearning how to draw – as Picasso famously quipped, “It took me four years to paint like Raphael, but a lifetime to paint like a child.”

Maljević cites the German Expressionists as a major early influence, and has also drawn inspiration from the work of more recent artists such as Philip Guston, Cy Twombly and Jean-Michel Basquiat. She relates that in her first few years at university she loved more than anything to draw the sculptures of Michelangelo, smitten with the bold and monumental perfection of his work, which was simultaneously so real and unreal. Alongside the visual arts she has often expressed the impact on her work of growing up with the sounds of new wave, punk, rock and roll and then later grunge music, which formed a big part of her everyday life. All these things, in the life of an abstract painter, contribute to the pictures she paints, painting being a procedure involving the ‘excavation of memory and taste’[2]. However, although she works intuitively, her concerns are predominantly formal. Her interest, for instance, in the relationship between two shapes within a composition is informed primarily by an interest in the shapes themselves rather than the arrangement’s capacity to be symbolic of an experience or representative of an essential emotional state. In as much as Maljević unravelled her traditional training in order to find her own voice, her grounding in the academic and the classical allowed her to bloom through abstraction, engaged in an act of creation that sidesteps diegesis.

Maljević’s particular style, in which she has been training herself since then, begins with the “dirtying” of the canvas with a layer of bright paint that breaks the baldness of the white surface and opens up the space for Maljević’s intuitive jigsaw endeavour. Onto this ground, Maljević builds up surfaces with drips, blocks, bands and waves of colour, searching for harmony between colour and form, line and shape, expansive surface and small detail. For Maljević, physical movement is an important part of the process – never can she be found sitting at an easel. Through her own version of gestural abstraction, Maljević prevents the composition from becoming staid and self-indulgent, as she has puts it, and allows action and conflict to occur between the different elements with which she is engaged. Sometimes Maljević incorporates fragments of the world as it is happening around her while she paints, but without dictating their significance to the viewer. Maljević’s description of her own process recalls Kandinsky, the synesthetic predecessor who sought to create visual music: ‘When I combine objects, it is not a play on their meaning and what they should represent, but rather how they clash, feed from each other, create chaos and from that chaos a perfect sound is made, like too many notes that end up forming harmony. You take one out and everything collapses.

[2] Thomas Nozkowski describing his own creative process in an interview with Francine Prose, published in BOMB 65/Fall 1998

The images below are an archive of the exhibition. For available work, please click here.