On Monday 19 October 2016 there was an intriguing intervention on Buitenkant Street in the East City by Jacob van Schalkwyk, who studied at the Pratt Institute in New York City. The OpenDialogBox program is being curated by Claire van Blerck from Artthrob.
The intervention involved three Manitou cranes on the site, which by day is a parking lot. Shortly before 6pm one of the cranes lifted up the one container that enabled van Schalkwyk to project a video of himself creating artworks inside his studio in Cape Town. Members of the public and art viewers were able to walk into the now raised container and experience the performance piece. Throughout the intervention, van Schalkwyk moved around the interior of the container.
In order to solidify the container from a persistent wind cables were used to hold the container in situ.
This open car park site work was particularly effective for this type of intervention as it could refer to a multitude of gritty, inner city spaces, not just Cape Town.
A live feed of the event occurred from 18:00 – 19:30. 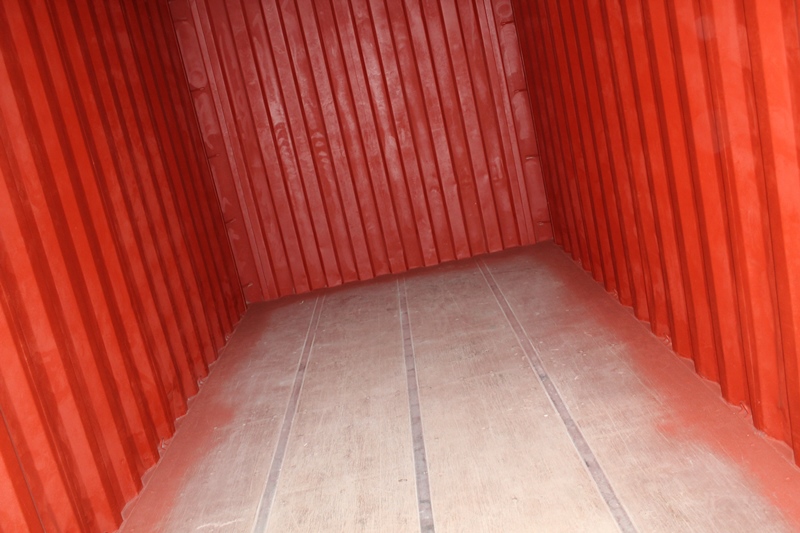