Cape Town-based street artist Ricky Lee Gordon, aka Freddy Sam, was invited by the Maboneng precinct in the east city of Johannesburg to paint a 10 storey-tall Nelson Mandela mural as a gift to the city in memory of this giant of a man. 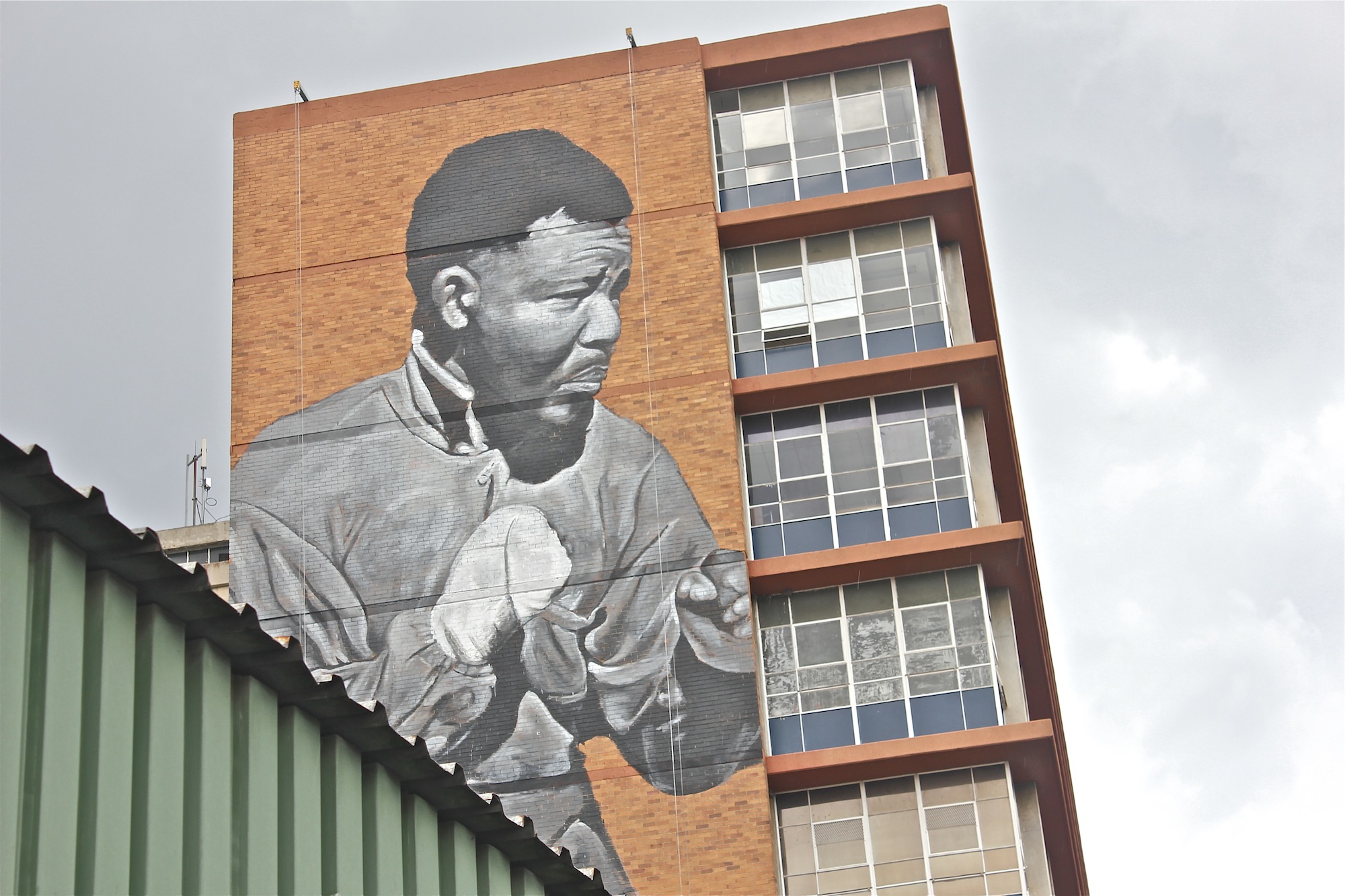 The ‘I am because we are’ Madiba tribute mural is inspired by the statesman’s definition of the African concept of Ubuntu: “You cannot be human all by yourself”.

He decided to paint the iconic image of Madiba boxing on a city rooftop. “He (Mandela) believed all were equal in the ring. Also this wall is not to far from the rooftop where this image was taken, Freddy Sam explains. “I was so honored when permission was granted to me to paint the mural using the original photo taken by Bob Gosani.”

The painting commenced shortly after Madiba’s passing and took approximate four days. Due to weather and technical difficulties the final completion was delayed until early in 2014.

I am truly inspired by the legacy of Madiba forever grateful and motivated to continue living to achieve his vision, he says 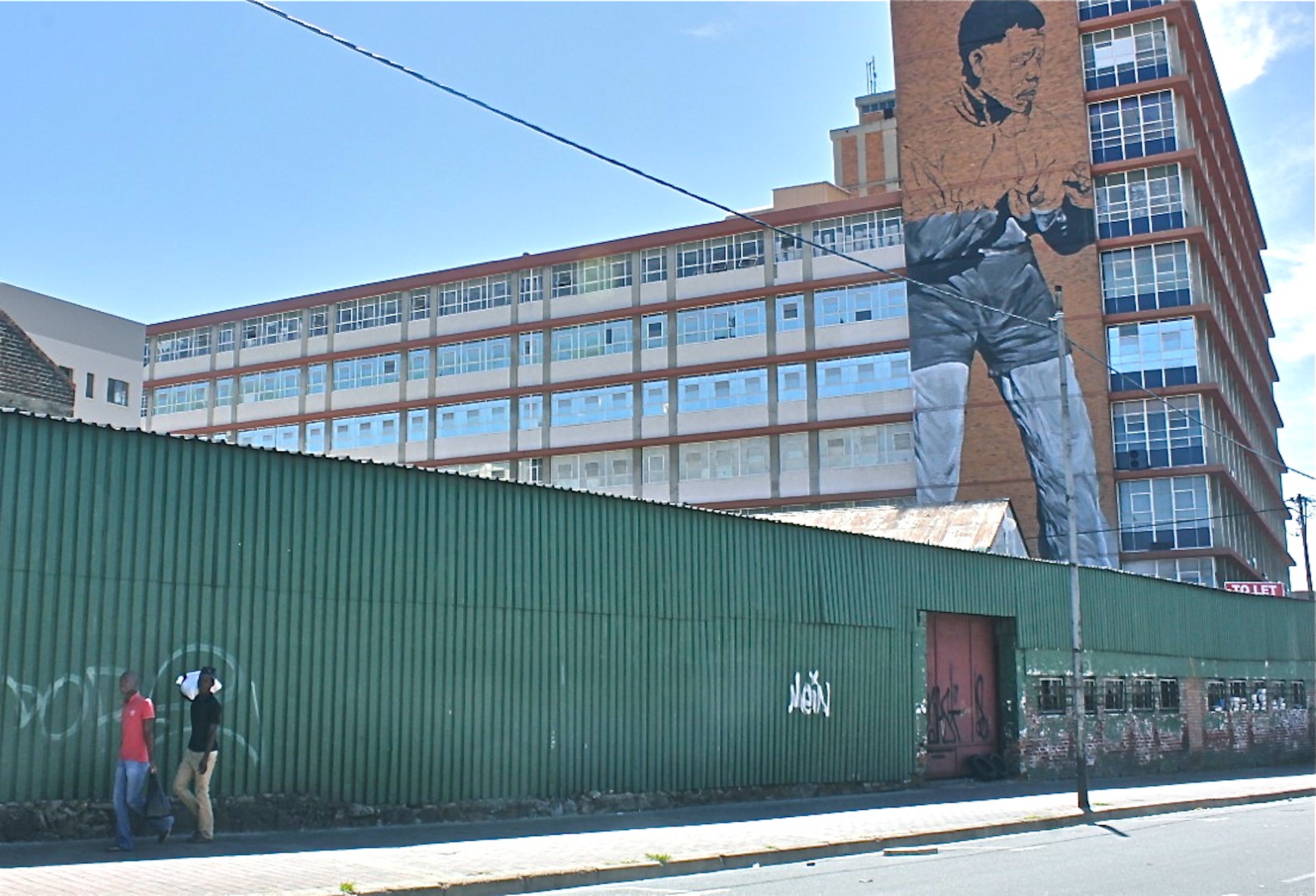 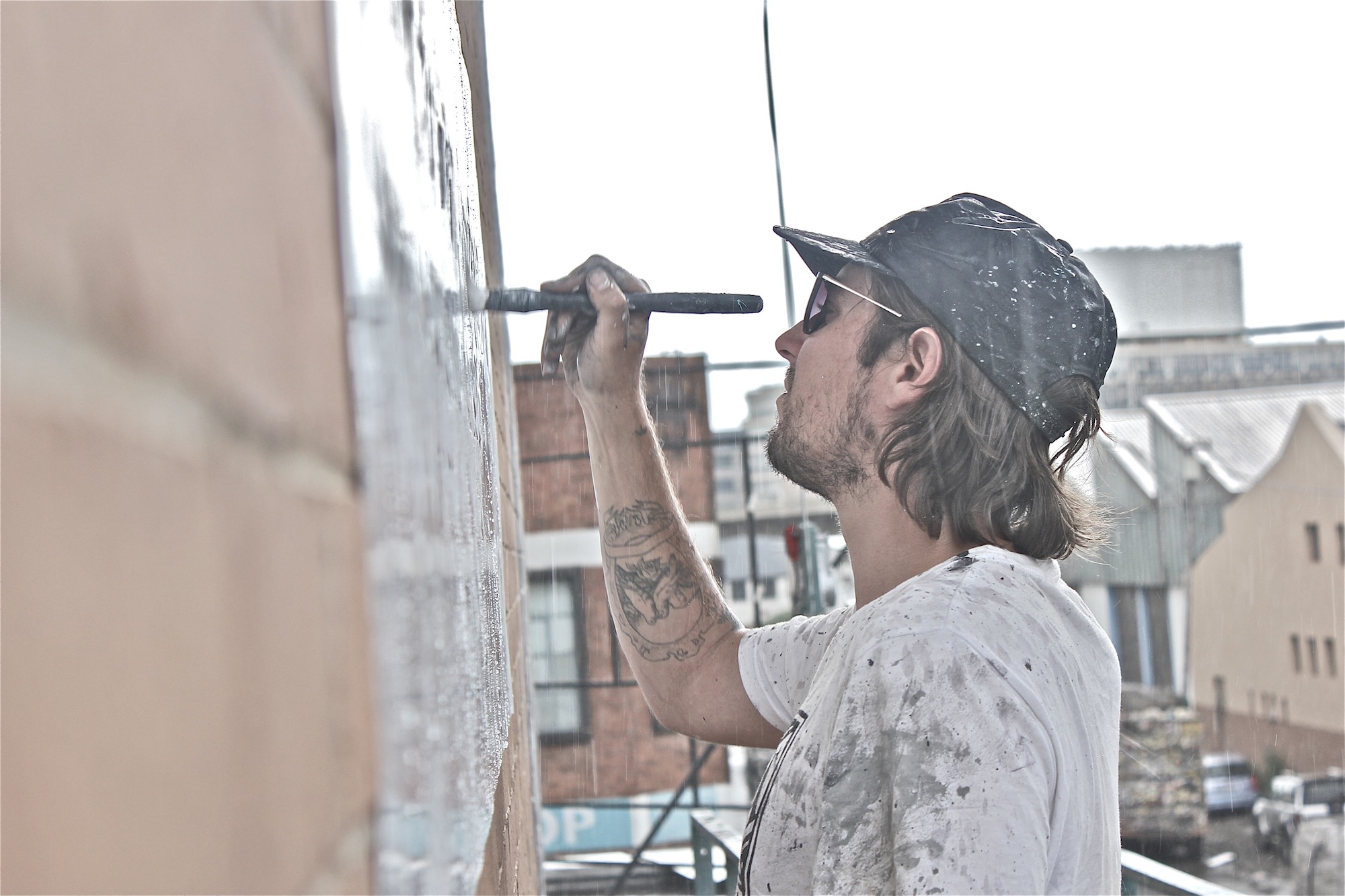 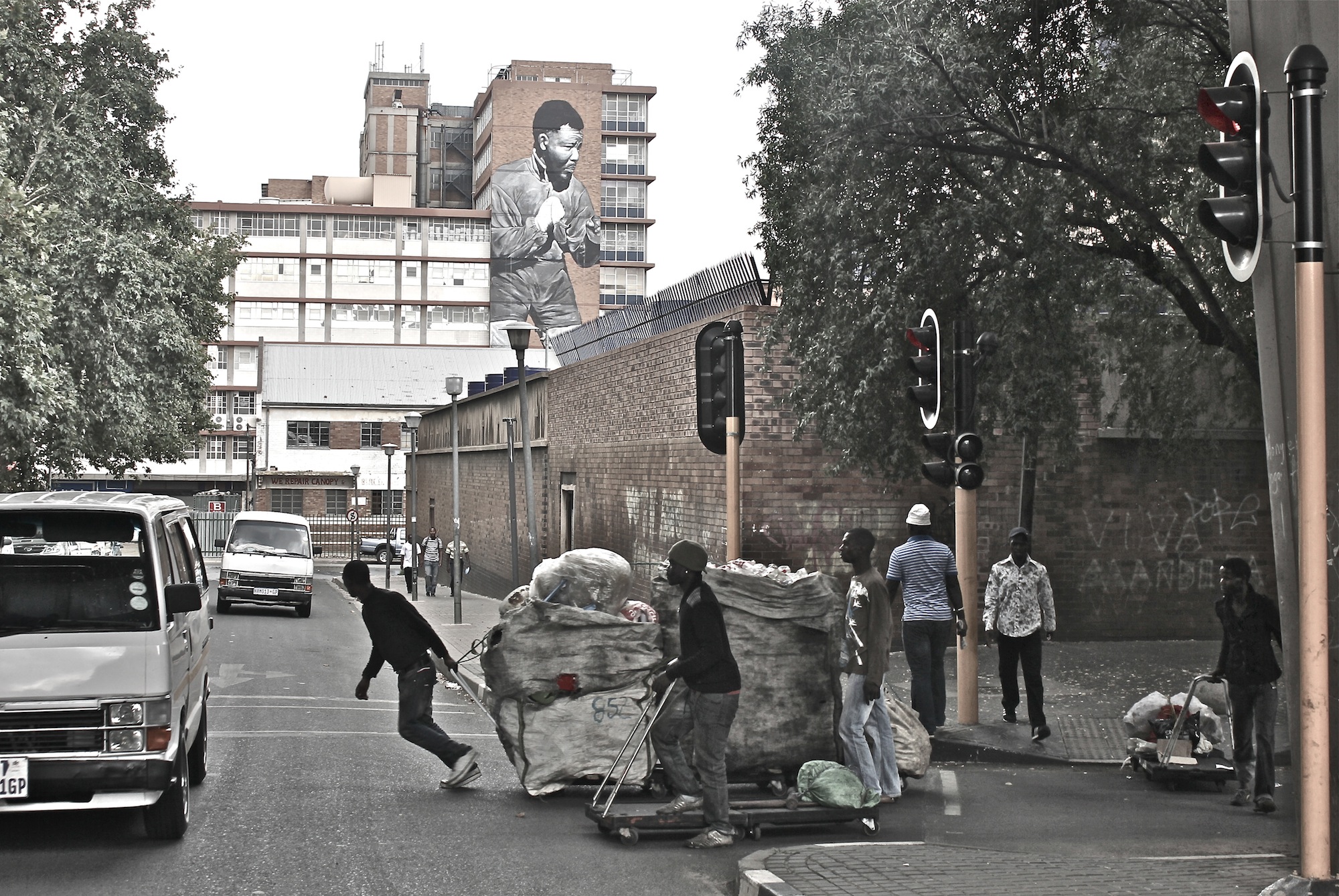 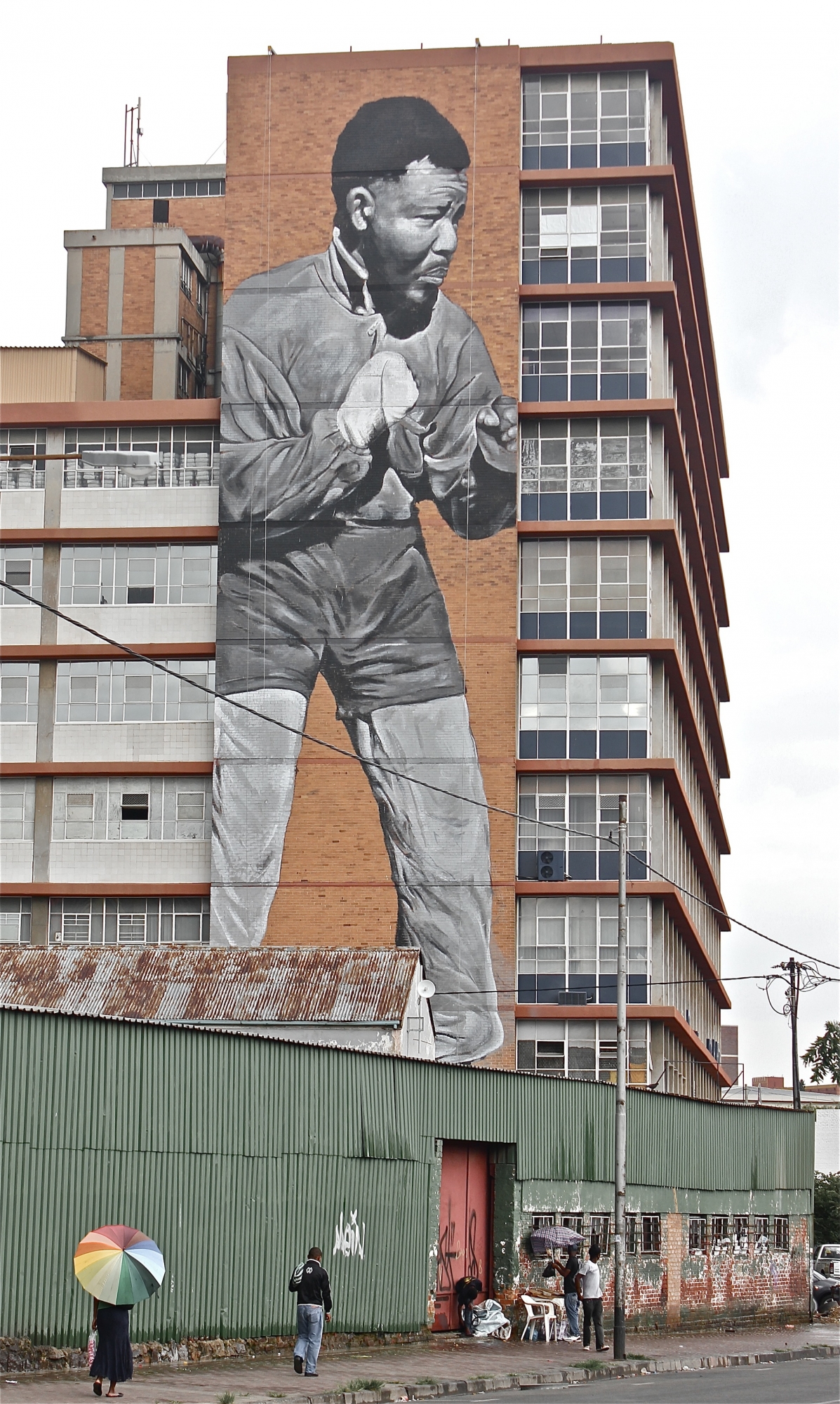