Senzo Shabangu has been working with printmaker Mlungisi Kongisa on the editioning of one of Shabangu’s new linocuts: Vusumuzi Mandlakayise. Below are some images from the printing session. This work will be available for purchase shortly.

The first part of the title “Vusumuzi” means “raise the house”, as in, build a house, create a home, and is a direct reference to the central figure carrying his family on his back. The figures being carried on the his back are his mother, his wife and his son.
The second part of the title “Mandlakayise” should be broken into two parts ‘Mandla’ and ‘kayise’. ‘Mandla’ means power, but in this instance is a name, most likely of the boy being carried on the man’s back. The modifier ‘kayise’ means ‘father of’. So the English transliteration of the title is “Raise the house, father of power” and depicts a man relocating his extended family to Johannesburg (Jozi bag) to make a life. The title has connotations of responsibility and paternity. The image is an attempt at personifying the saying. 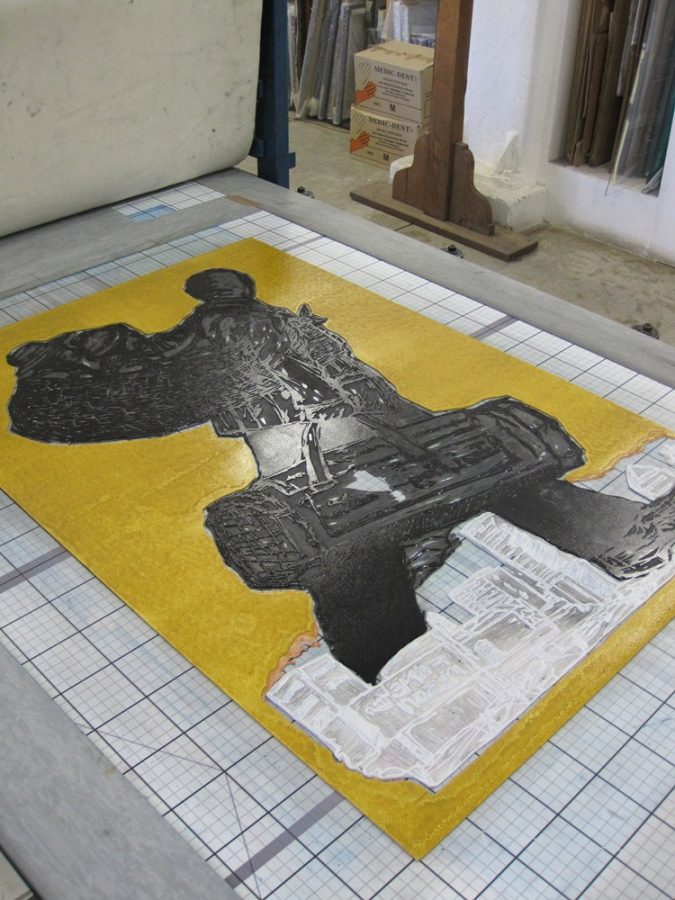 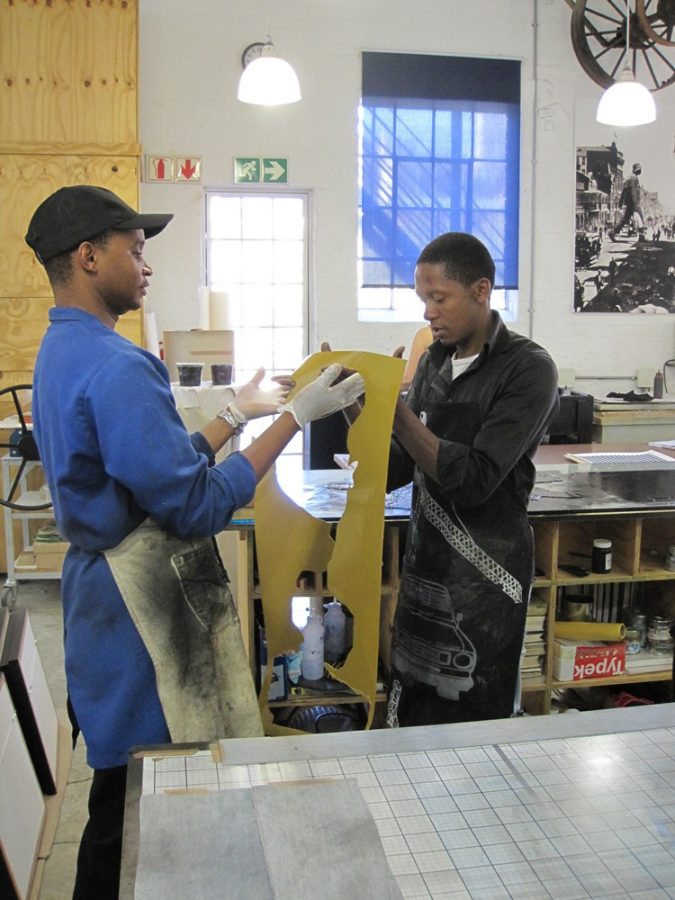 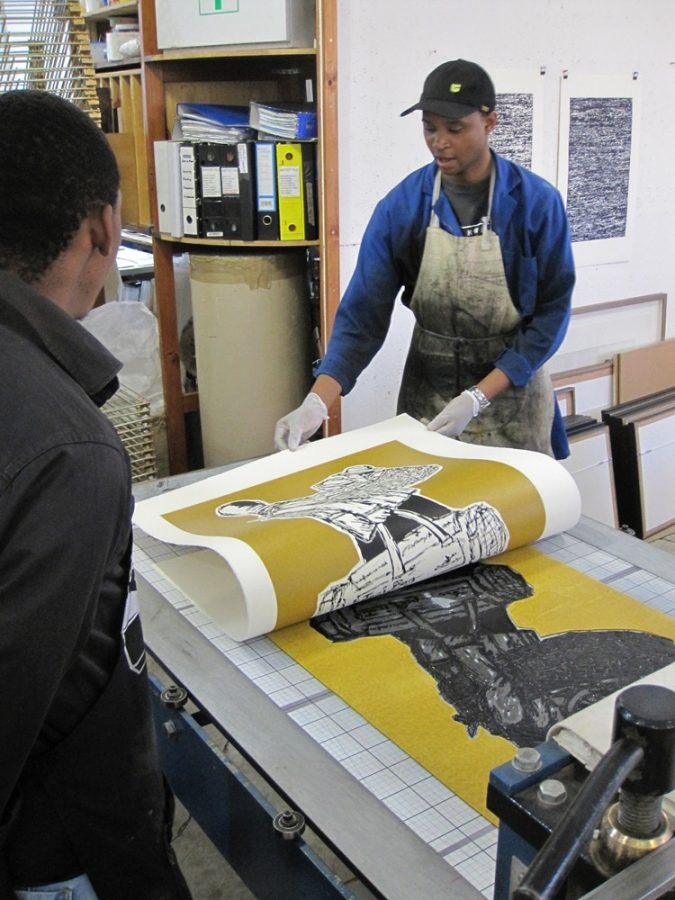 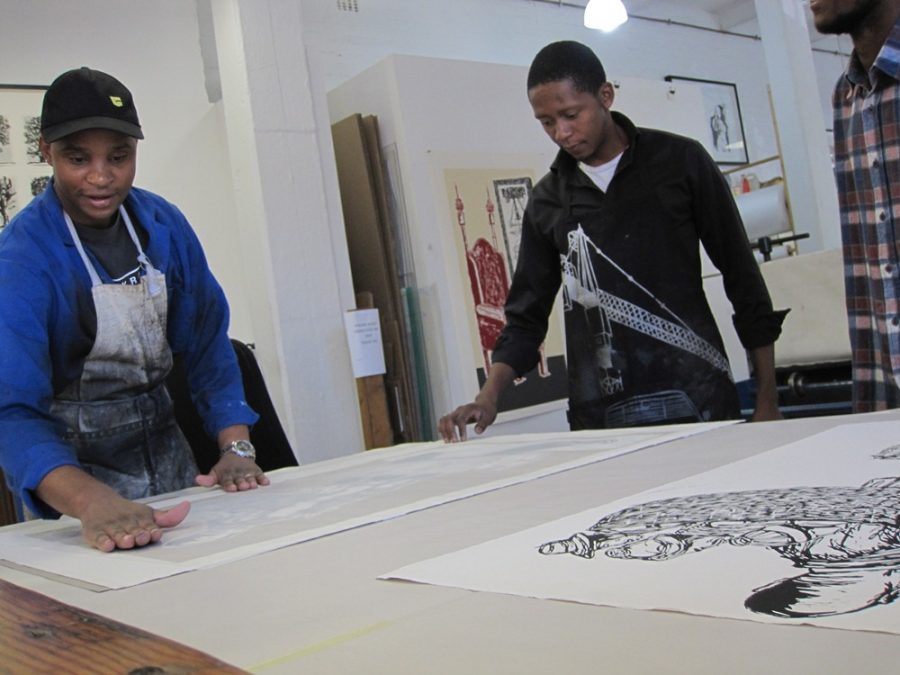