“A small stream flows over the pavement into the gutter, making a puddle around a drain on the street. A taxi rumbles past. It does not stop for me. Across the street, a bulldozer is breaking down a building. From inside a building to my right, the sound of a TV can be heard. People are cheering. An exited voice screams from the building. I look at the white-washed entrance. Two men are standing there, beers in hand. A truck stops to collect waste and block them from my sight. Further down the street, men in overalls have come out to look into the engine of an old beige Mercedes. The windows of the mechanical workshop are all shuttered with blue painted metal plating. Behind the workshop, the skyscrapers of the city stand reaching upwards. A couple of young kids in school uniforms are walking. I can hear their joking voices. A woman is selling sweets next to the corner shop.”

Quinten Edward Williams looks at the formation of environments and of cities like Johannesburg, as the complex relationships of many different bodies. His work deals with the uncertain and changing relationships between people, animals, vegetation, objects and the built environment. This fascination has led to an approach to artmaking as a tool to think about, and move through, the unpredictability and uncertainty of life.

Alex Opper writes in an Art South Africa article, The Limitations of the ‘Half’ and the ‘Whole’, “Much has been written about this particular ‘elusive metropolis’. Williams’s Merzbau-like urban inhabitation of the gallery underlines a number of Johannesburg’s many elusive environments by intensifying them. He focuses on the marginal and unspectacular, reconfiguring disparate and obscure parts of the city, and artificially bringing some of Johannesburg’s urban inconsistencies close together.”

Working across various modalities, for instance, painting, drawing, photography, video recordings, conversations with people and site-specific interactions, these working modes shift as his relationship with the aspects of the city changes. His installations and combinations of works of art become moments to think through relationships of bodies. These installations mimic past and perceived relationships of the world but also create new relationships in the world. As Williams writes: “Art-making is a process which intersects with other bodies and becomes complicit in the formation of environments.”

Williams is in the review stages of a Fine Arts Masters Degree at WITS University and his project is titled Some Combinations: Praxis, Environments and Multimodal Art Research.

In this exhibition at Parts and Labour, An uncertain encounter outside a corner shop, Williams continues his investigation of environments as the relationships of many different bodies. It is a moment, amongst others, of thinking through and participating in the formation of environments. 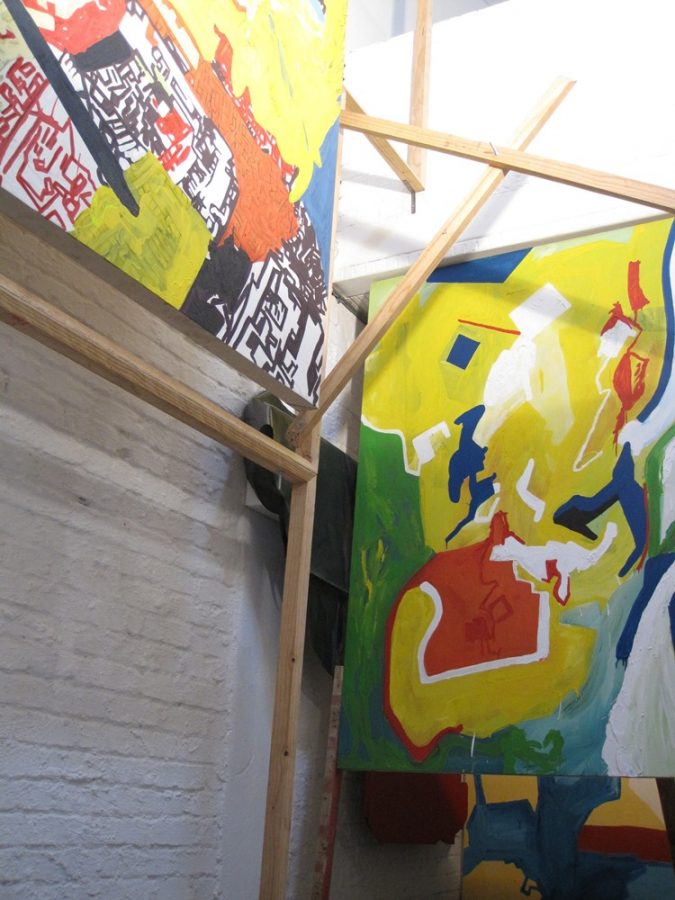