David Krut Projects (DKP) participated in the 15th Anniversary of the Editions/Artists’ Book Fair, which opened on the evening of January 23, and continued through January 27, 2013 at the Altman Building in New York.

Originally set to take place in November, 2012 as it does every year during print week, the fair was unfortunately cancelled due to Hurricane Sandy. Luckily however, all was not lost and, and joining forces with Metro Show in it’s second year, the E/AB Fair finally went ahead. There was much anticipation leading up to the fair with the new venue and time slot. That same week Christopher Cozier’s first solo exhibition at DKP, New York was also opening so it was set to be a very exciting and also very busy week for the DKP team!

The DKP booth featured new works from the David Krut Print Workshop (DKW) by William Kentridge, Diane Victor, Christopher Cozier, Jürgen Partenheimer, Sean Slemon, Senzo Shabangu and Faith47. Also on show were works by Kate McCrickard, who will have a solo exhibition at DKP, New York opening March 28, 2013, and Chakaia Booker, whose works were created with Master Printer, Phil Sanders at the Robert Blackburn Printmaking Workshop. (Booker had a solo exhibition in March, 2012 at DKP, New York which included works on paper created with Sanders.)

Also on display were a number of recent publications from David Krut Publishing including, Diane Victor’s Burning the Candle at Both Ends and Chakaia Booker’s Print Me. They sat alongside classic favorites from DKP which included the wonderful William Kentridge Prints, and William Kentridge Nose, which illustrates the complete set of 30 limited edition prints that Kentridge created at DKW in 2008-2010 while working on the Shostakovich opera The Nose, which was commissioned by the Metropolitan Opera, New York and premiered there in March 2010.

Founded in 1998 by Susan Inglett of I.C. Editions and Brooke Alexander Editions, the Editions|Artists’ Book Fair has grown in size and stature to become the premier showcase for contemporary publishers and dealers, presenting the latest and greatest in prints, multiples and artists books. The Editions|Artists’ Book Fair is well known for its vibrant energy and innovation, thanks to over sixty exhibitors, presenting hundreds of artists representing New York, Johannesburg, Amsterdam, London, Paris and points in between. 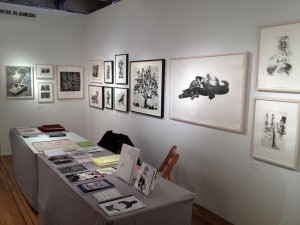 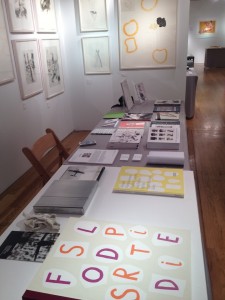