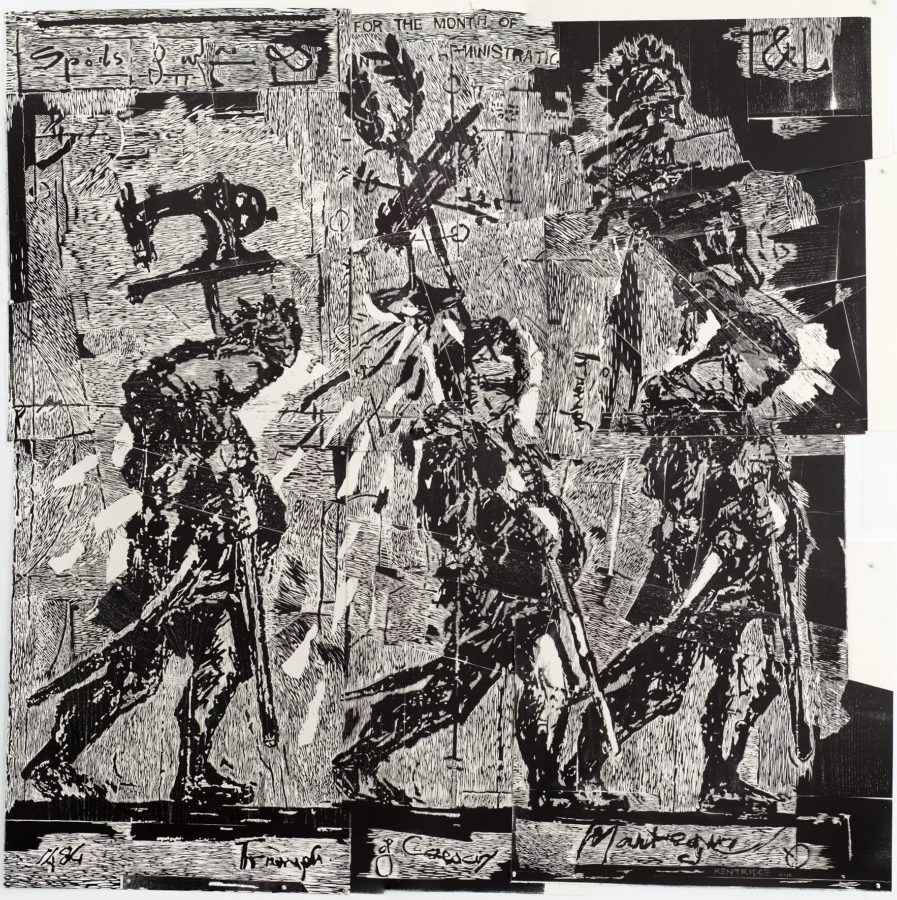 The image chosen for Mantegna, the first print created in the Triumphs and Laments Woodcut Series, is influenced by a group of nine paintings, entitled the Triumphs of Caesar (1484–1492), by Andrea Mantegna, one of the foremost Italian Renaissance painters, who also made prints, engravings, and was a student of Roman archaeology. The series imagines a traditional triumphal procession of Roman soldiers returning from war and the sixth panel of the series, Corselet Bearers, forms the main point of reference for Mantegna.

Both the painting and the print depict a group of figures bearing their decorations and spoils of war. From Kentridge’s perspective, this image is not only about the success of the triumphant party, but also infers the great cost borne by those who have been defeated. There is also a sense that motives for waging war, winning them and losing them, are not cut and dry endeavours – many factors, sometimes completely unexpected ones, can play a part in who plays the roles of the victorious and the vanquished in the end. The inclusion of domestic elements in Kentridge’s version of the Corselet Bearers – such as a sewing machine held up by the last figure in the procession –  infer the personal and private impact, the individual cost, of grand political narratives.