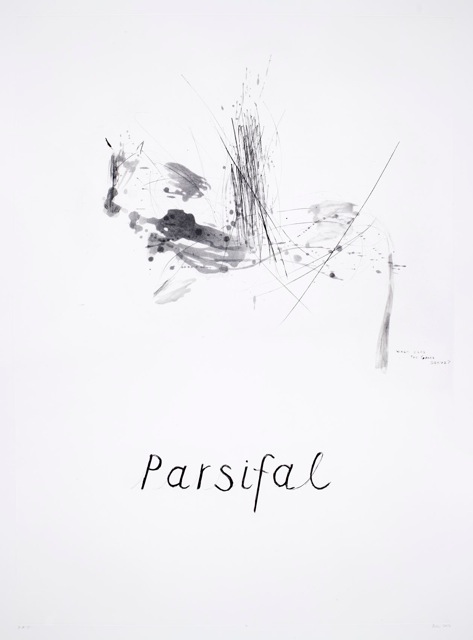 Parsifal III is the most minimal and abstract of the set. It was made using the third plate for the image, which gives hints of the horse. This print is showcasing the process of the series: “Parsifal III pays tribute to the process of printing. One of the advantages of printmaking is that we don’t have to lose the beautiful underlayer but can actually highlight it as a print in its own right” – DKW master printer Jillian Ross.