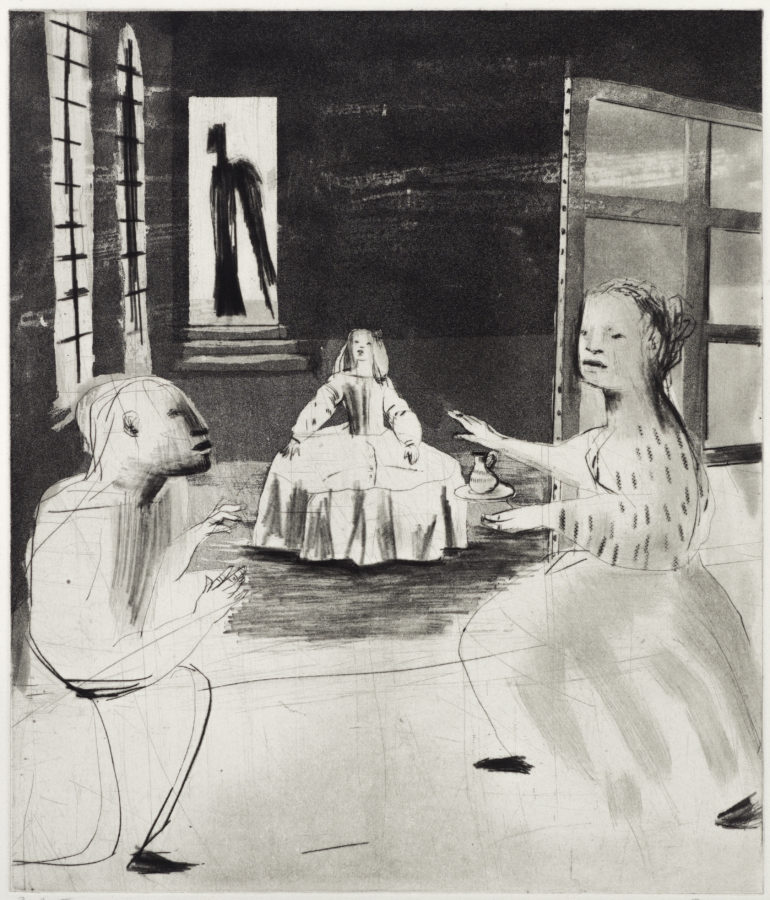 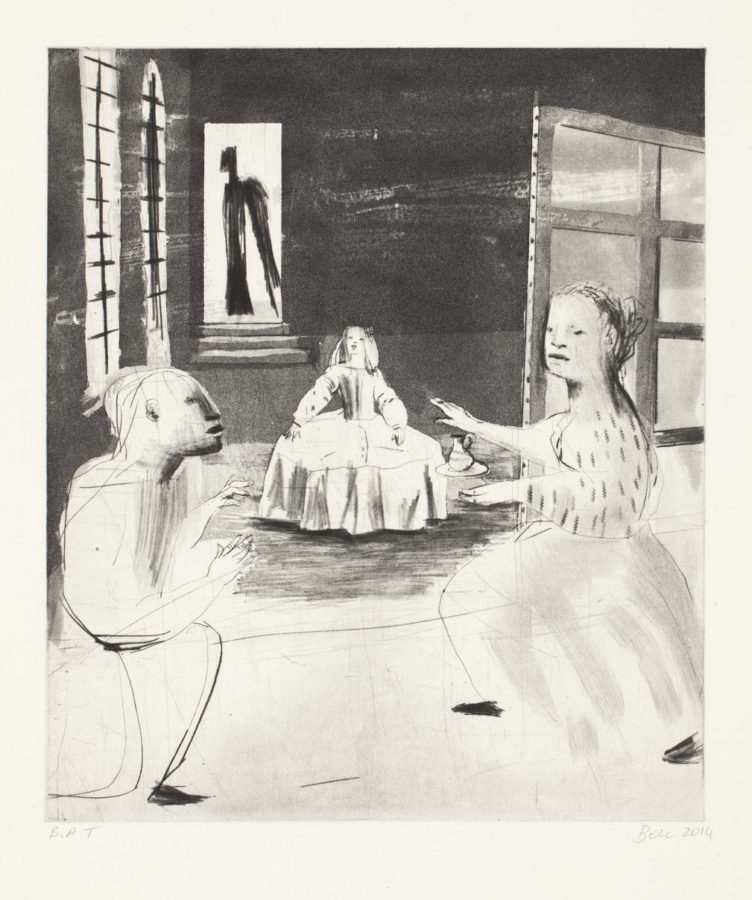 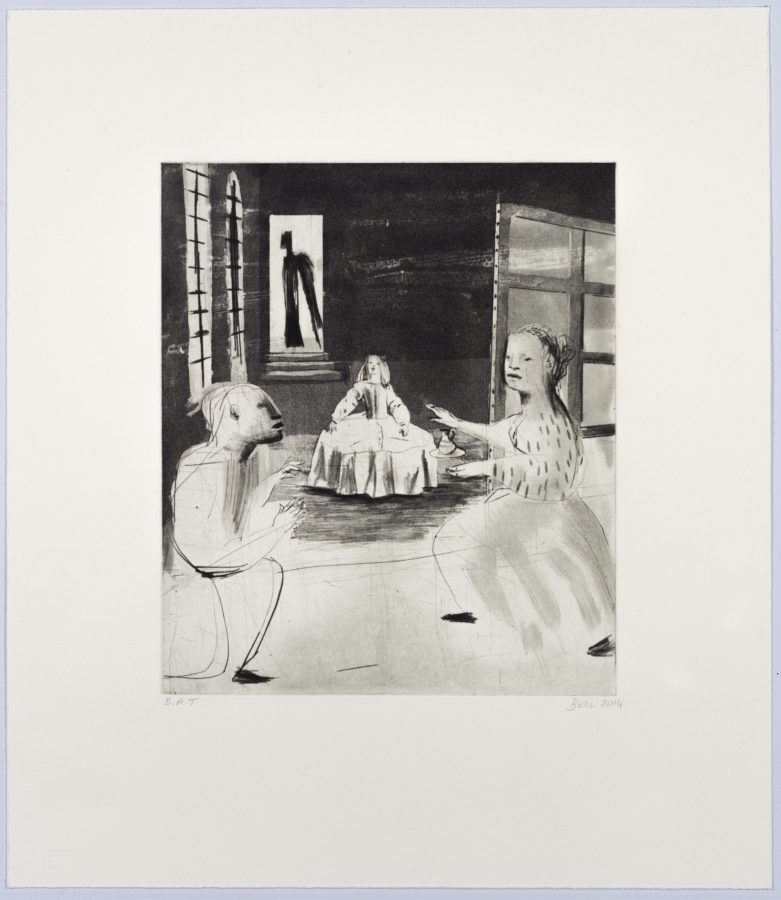 Bell made a series of sketches in her notebooks – her primary source material for her etchings – from her visit to the Museu Picasso in Barcelona which houses a series of 58 paintings done by Pablo Picasso in 1957, reinterpreting and recreating Las Meninas. The image of the young Spanish Infanta, Margaret Theresa, a symbol of youth and innocence for Bell, appears in several of her prints and paintings.