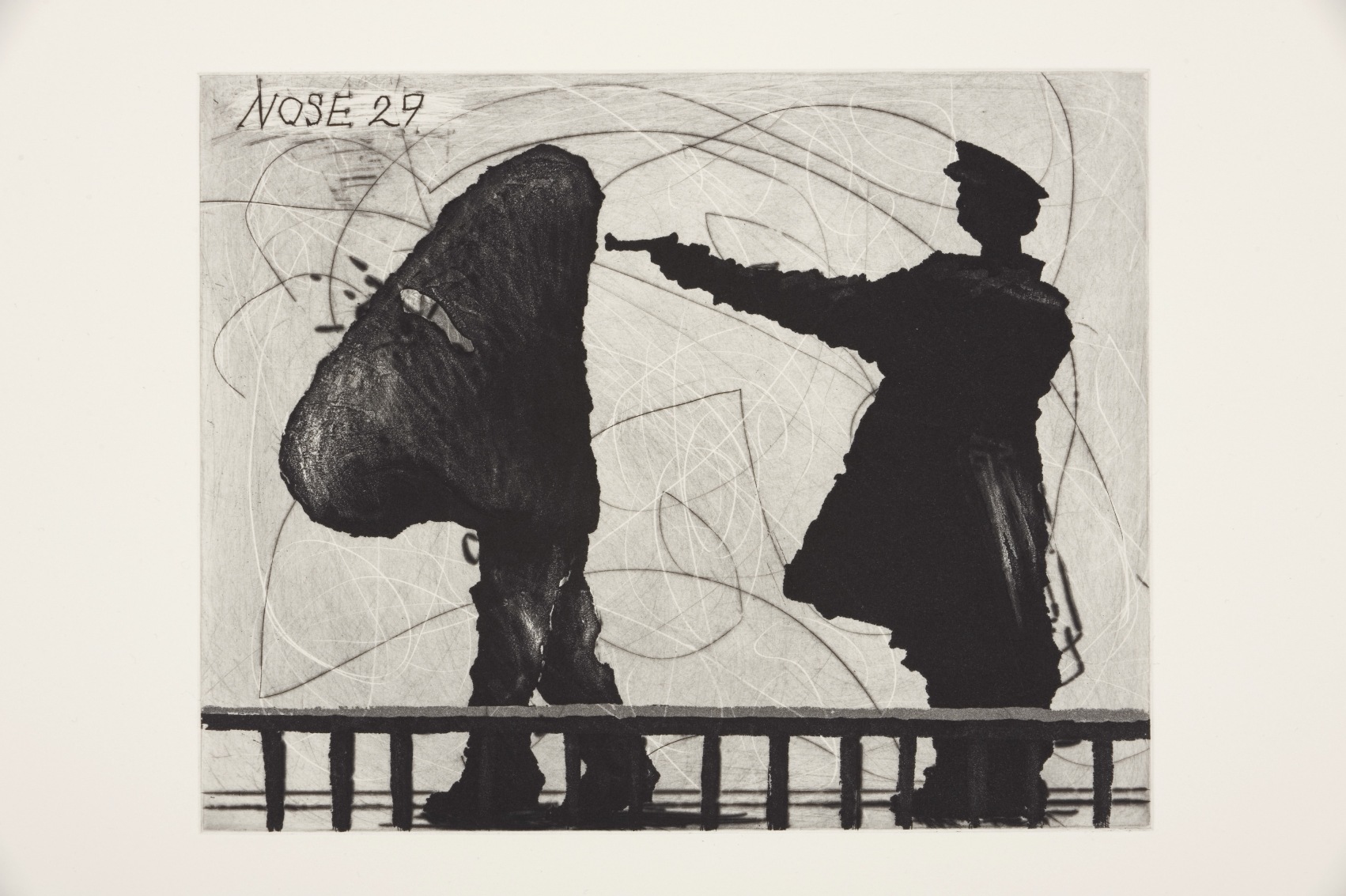 At the end of Gogol’s story, collegiate assessor Kovalyov wakes one morning and finds that his nose is back in its place on his face. It had spent some time in a jar of sour Vodka after it had been returned to Kovalyov by a policeman who arrested it as it tried to board a stagecoach bound for Riga disguised as a gentleman. Kovalyov had been unable to re-attach The Nose to his face. But now, without any explanation, The Nose is back in its right place.

The return of The Nose to the face—the sheep to the fold—of course signals the end of its independent existence.

This image occurs in the penultimate scene of the opera—Kovalyov dancing in celebration in his house; The Nose—an animated projection—is with the policeman on the roof of the house.