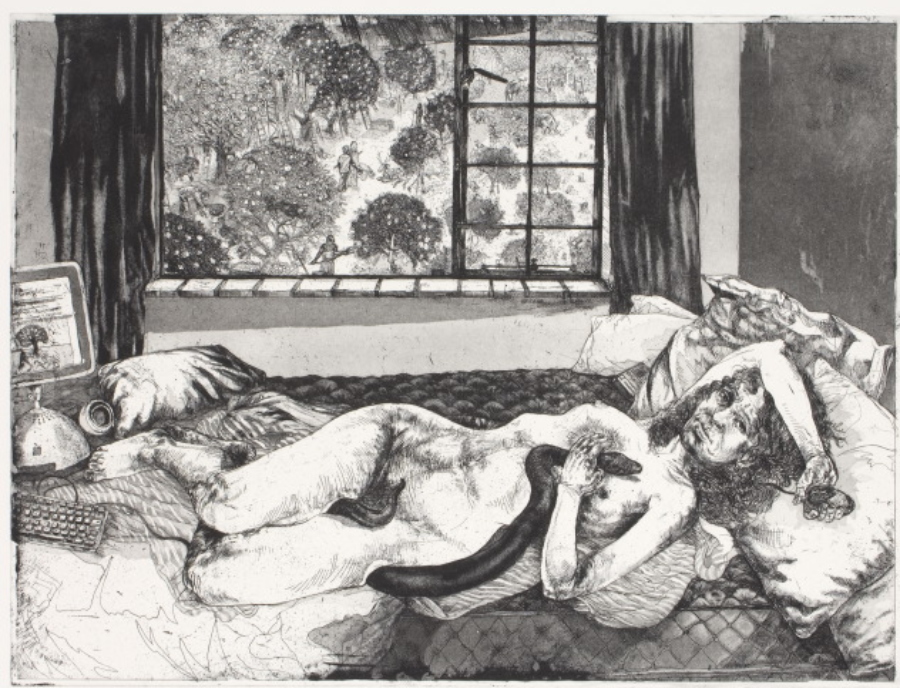 Diane Victor and David Krut Print Workshop (DKW) first collaborated in early 2008 on three large etchings. Of these works (After Eden, Lot’s Wife, and Bluebeard’s Wife) Bronwyn Law-Viljoen has written: “Diane Victor’s work is usually described as social commentary, but what critics often miss, perhaps because her strong imagery repels the squeamish or faint-hearted before they can get a proper look, is its humour, either in the form of biting satire or revealed in the artist’s wry self-deprecation. Since the seriousness of Victor’s work is also, in part, a product of her extraordinary obsession with detail, viewers often need to spend time with the images to appreciate the ways in which Victor resolves the tension between technique and subject matter. A trio of prints created at David Krut Print Workshop confirms this latter observation, showing not only Victor’s superb draughtsmanship and skill as a printmaker, but demonstrating her ability to strike a balance between seriousness and comedy.”