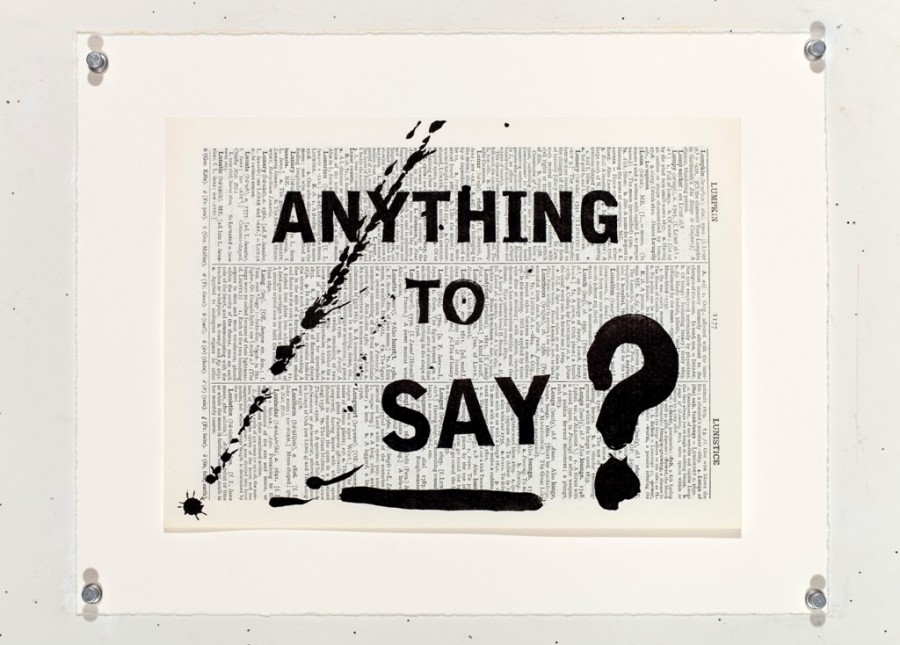 The last two single images that were made in this series each contain a piece of text – You have brought this on yourself! and Anything to say? They were made much later in the series – after many plates had been carved and printed and partially editioned – and summarised where the project had begun in November 2011. During his time of procrastination, not quite sure of what to write next, Kentridge called his father, Sir Sydney Kentridge, to discuss his perceived situation. The text included in these two prints represents a combination of Kentridge’s own self-consciousness and a sense of what he took away from the conversation with his father. The prints stands out as a revealing, vulnerable moment amid the images that make up Kentridge’s artistic lexicon.