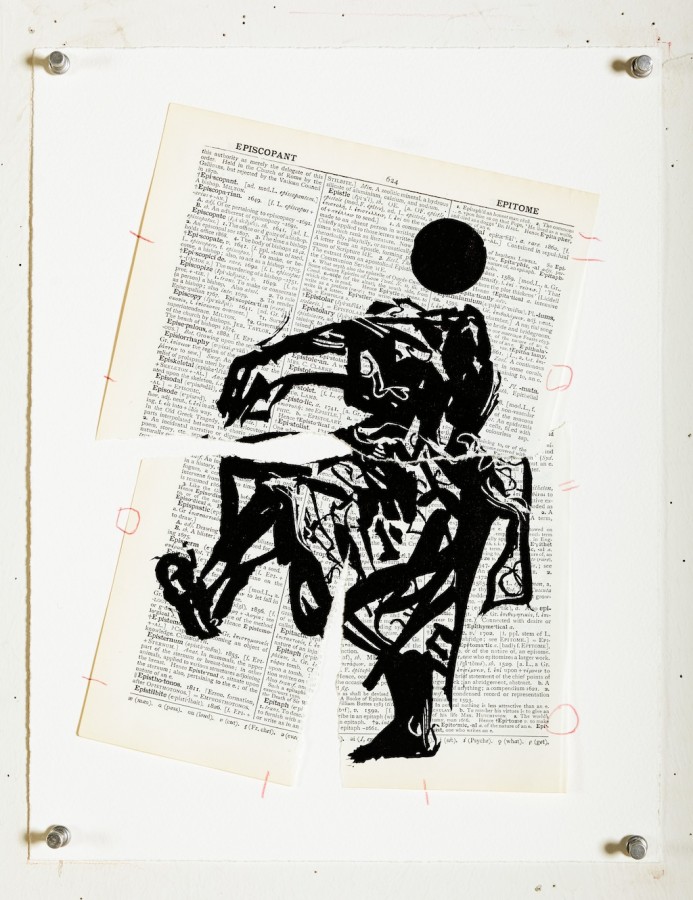 “There are often discoveries that come not as an idea, but through the process. Take a linocut I made of a woman dancing, a simple ink drawing transferred to lino. You print twenty identical prints, but then think, ‘Her leg looks too high, her waist is in the wrong position in relation to her hip.’ So, I tore one of the first proofs into four pieces and rearranged them to get the hip in the right place, to change the angle of the leg. I then discovered, as one would with a paper puppet in animation, new images arising from those slight shifts of the elements in the original… So I decided to print all of the linos as originally intended and then tear up each print… Once one starts to arrange the torn sections, one sees that there are forty different correct positions: you can swap the legs around, you can kick the leg up to the back rather than having it lifted at the front, you can bend the torso forward into an action. Although it’s a multiple, which one thinks of as being a series of exact copies, you can turn the print into a kind of flip-book animation. Then, if one filmed these variations, you’d have the printed linocut in movement without making fifty different blocks. It’s one black. That’s not something that was thought out in advance, but gave rise to a whole chain of possibilities.”