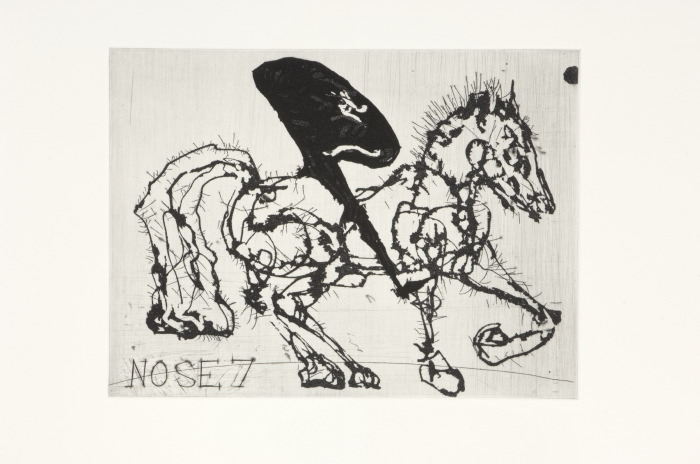 IN SEARCH OF CIVIC GLORY

A horse is exactly the right scale for the magnification of a man, for making him magnificent. A man on a chair or a table is ridiculous. On a pedestal we begin to let him grow. But put the man on a horse—and preferably a horse on a pedestal—and you have a hero or a tyrant, at any rate someone who has made a name for himself. A horse fits so snugly under the legs. It feels not just connected to a person, but part of him, an extension of him to show who he really is.

I had been wanting to make tabletop equestrian statues. At about the same time I started working on the opera The Nose, and was contemplating what activities The Nose, now independent of the face of Kovalyov, could participate in. The Nose, we knew, was a higher rank than Kovalyov, gave itself airs and—why not?—had civic ambitions. An equestrian monument would do it well. In the sculptures I was primarily interested in the horse part. But these horses needed a rider and The Nose was pressed into service.