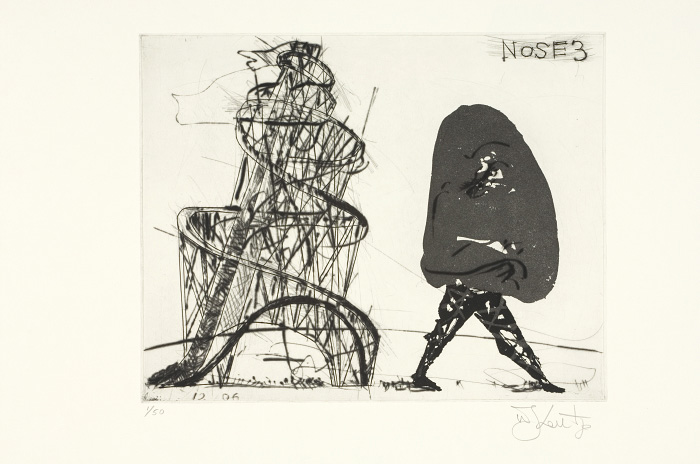 The Nose with Tatlin’s Monument to the Third International. Let us count the steps of remove.

Tatlin’s plan was for a 400-metre high monument made of steel and glass. The design was obviously influenced by the Eiffel Tower. In the original plan, there would be four revolving forty-storey buildings inside a double helical steel structure—a chamber of deputies, a concert hall, if memory (or my imagination!) serves me correctly.

This monument was never built—of course. But a six-metre- high model was made and paraded by art students around the streets of Petrograd. Remember St Petersburg, the old Czarist capital, was renamed Petrograd in 1914 to sound less German, and then Leningrad after Lenin’s death, and since 1991 has once again been St Petersburg.