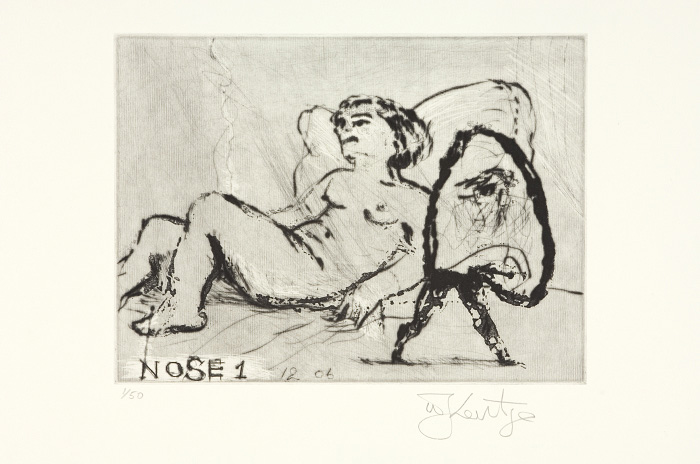 A NOSE AT LARGE

In 1867, Nikolai Gogol published his short story The Nose. The story is about a middle-ranking Russian bureaucrat, Collegiate Assessor Kovalyov, who wakes one morning to find his nose missing. In its place is only a ‘pancake- smooth expanse’. The narrative follows Kovalyov’s attempts to locate and re-attach his nose. Anton Chekov described The Nose as the finest short story ever written.

Kovalyov wanders the streets of the city in search of his nose and eventually catches a glimpse of it entering a cathedral. He follows it inside and tries to reason with it and persuade it to return to him. But his nose is now a higher-ranking bureaucrat than he is and will have nothing to do with him. As The Nose goes its own way, Kovalyov is left to contemplate ‘that ridiculous blank space’ again.

This set of prints follows—or makes—the journey of the independent Nose.