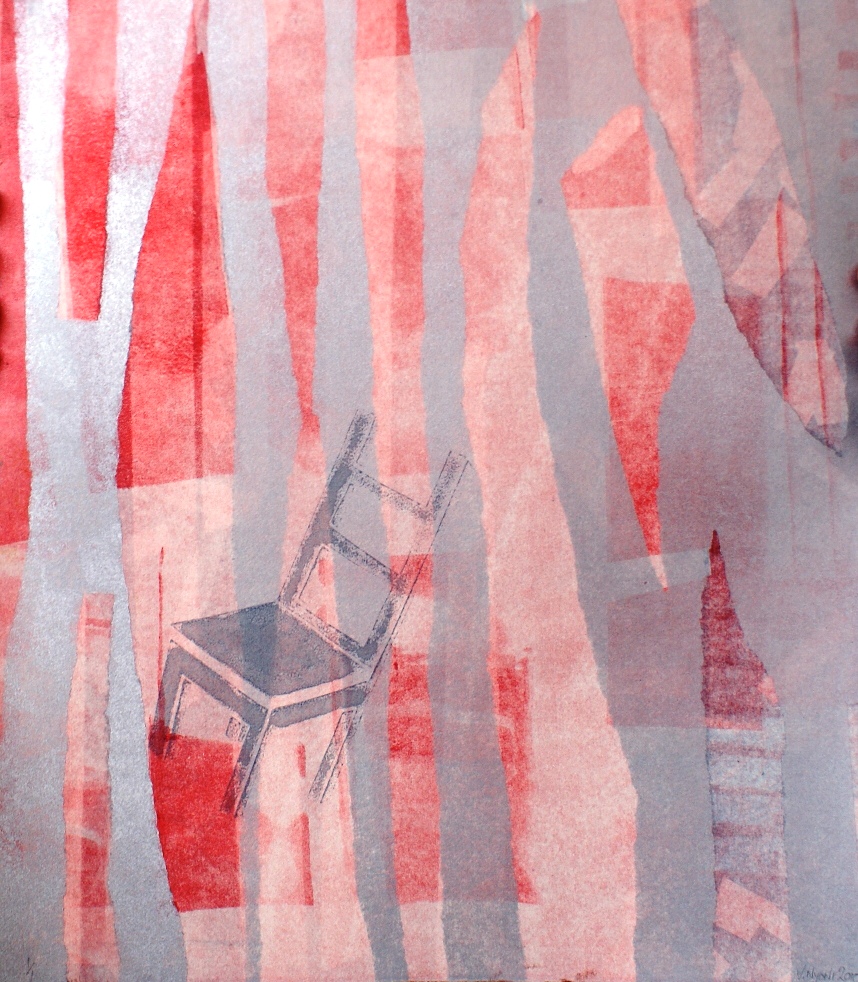 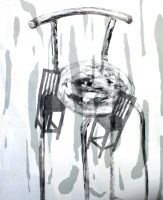 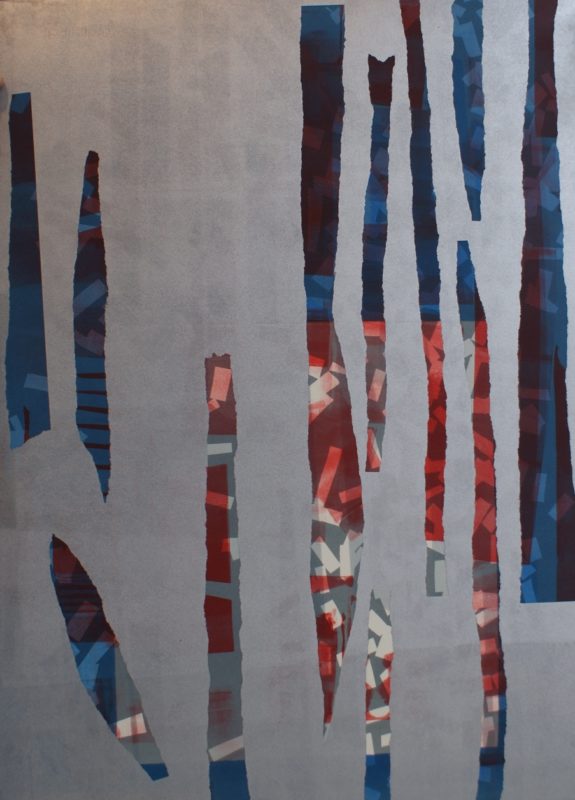 Vulindlela Nyoni was born in Chilimanzi, Zimbabwe in 1976 and attained a Bachelor of Arts in the Fine Arts from the then University of Natal in 1998 and a Masters in Fine Arts from the now University of KwaZulu-Natal in 2006. His Masters thesis was entitled “Representations of ‘other’ in selected South African artworks: Re-membering the black male body”. He is currently working on a PhD in Visual Art and investigating themes around collaborative printmaking. Apart from being a practicing artist, Nyoni also lectures in Printmaking, Drawing, Digital imaging and Photography at the Centre for Visual Art, University of KwaZulu-Natal (Pietermaritzburg). His main interests lie in the politics of representation and self-representation as exploration of personal narrative through print media.

DKW printer Niall Bingham is his former student, which makes for an interesting dynamic in the collaborative process. Nyoni is interested in the dialogue that happens with the printer and the process and how they help him realise his work. He talks about the relationships people have; relationships with one another, not just in relationships but in groups as well, and how to deal with the perceptions of others. The way people read and are read informs much of his work. The composition of the print is made up of the relationship of one shape or form to another and another, and so on. He deals with the work in terms of the layers and the compositions. As a printer, Nyoni has a very real understanding of the surface and the process. He says “In terms of printmaking, you start with a concept, you take it somewhere, you hand it over to the technique and the technique takes it to the point of completion… The mistakes have to be negotiated and that’s the interesting part.”

A lot of Nyoni’s work is composed of symbolic imagery of things in relation to one another on a flat surface. He says, “I see image-making as a language. I see images as words, paragraphs and stories.” To him the experience of reading a story is quite different from one person to another. It’s how you see it and that’s how he feels about his own work when it is viewed by an audience. The viewer makes the sense of his visual narrative.

Nyoni was one of the six Monotype Project artists participating in the exhibition at DKW in October 2010.