David Krut Projects Johannesburg (DKP) is pleased to announce Along the Line, a group exhibition of paintings by Maja Maljević, Robyn Penn, Mary Wafer and Quinten Edward Williams. Along the Line takes the notion of line and painting as a starting point for the four artists’ individual interpretations to unfold.

Maja Maljević asserts herself as creator of a self-sufficient world of colour, shape and line. For Along the Line, Maljević incorporates the use of line most often seen in her drawings into her signature colourful abstract paintings. Compositions starting with a single line are transformed into a visual ensemble that includes the figurative and the abstract, the organic and geometric, the obvious and the elusive. This eclectic remix of elements, where any one thing can be something else, offers the viewer the experience of the artist’s working methods and creative processes. 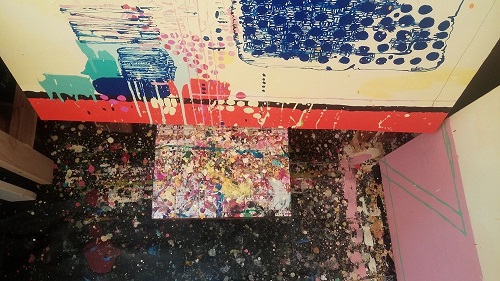 Robyn Penn’s paintings navigate the dialectic between fractured spaces and the sublime; with the recurring themes of clouds and the ocean appearing as a metaphor for our experience of time. At a glance they are static and unchanging but after an interval they are transformed entirely. Penn furthermore considers the act of ‘tinkering’, drawing from childhood memories of her father working on cars, which in Penn’s memory represents an activity that is as much enjoyed for the process as for the reward ofachieving a specific purpose. In the years following, Penn began to knit for the sake of the activity of knitting, without plan or purpose and gradually her father’s tinkering and her knitting became reconciled as a another moment in time to be presented in this exhibition. 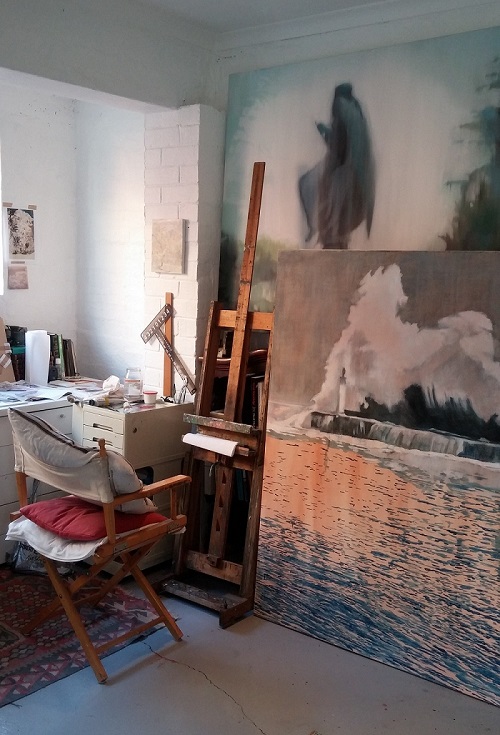 Mary Wafer’s work continues to explore her interest in issues of structural marginality and exclusion in a contemporary South African context. Wafer’s paintings are inspired by a previous inquiry into the Marikana events, as well as current research on John Vorster Square, the police station which embodied the violence of the apartheid system. Paintings referencing John Vorster Square explore moments along South Africa’s post-democratic timeline to question cultural change (or the lack thereof). Posed against the tragic, political, social and human significances of the Marikana events, Wafer creates a dialogue between the blurred and often fragile lines linking order and chaos, as ironically reflected in police brutality and the exploitation of both nature and humanity.

Quinten Edward Williams uses the material activity of painting as a way to considera very human trait: our uncertain experience of the world, constructed out of layers of lines, and layers of flat bold forms of colours. For Williams, his paintings are expressions of forces that move through the world: disrupting, assimilating, and sometimes being overpowered. For Along the Line, Williams considered his paintings in terms of landscape and de-territorialisation, with the painting process becoming a way to isolate and re-position details of the world. 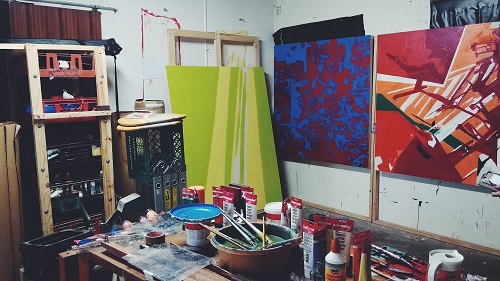 The paintings of Maja Maljević, Robyn Penn, Mary Wafer, Quinten Edward Williams for Along the Line presents moments in interactions or progressions, from the experience of abstract process, reflections on personal memories and contemplation of the relationships connecting space and time; to grappling with socio-political issues and theuncertainty present in repositioning our human experiences of the world.