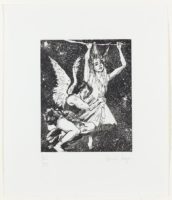 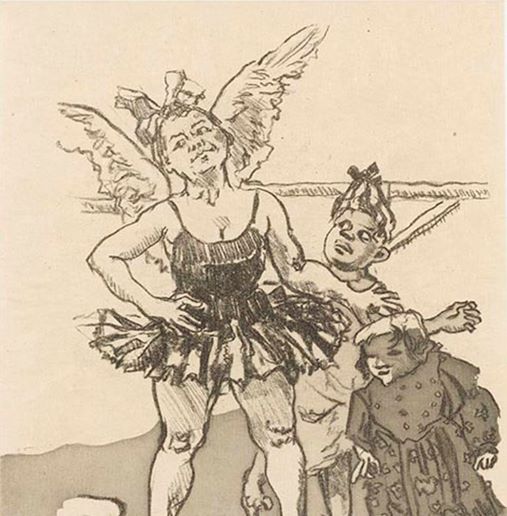 Born on January 26, 1935 in Lisbon, Portugal, she went on to study in London at the Slade School of Fine Art. Rego’s work can be found in the collections of the National Gallery in London, the Metropolitan Museum of Art in New York, and the Tate Gallery in London, among others. She passed away at her home in North London on June 8 at the age of 87.

Paula Rego was a Portuguese artist known for her paintings and prints which were often based on children’s folktales. Among her most famous works are her Dog Women paintings, a playful series depicting a magical realist world where women behave as dogs. Rego’s work was heavily influenced by Surrealist artists like Joan Miró, though gradually her paintings have become more realistically rendered with similarities to the work of the painter Balthus in their strong, clear drawing style and depictions of women in strange or unsettling situations.